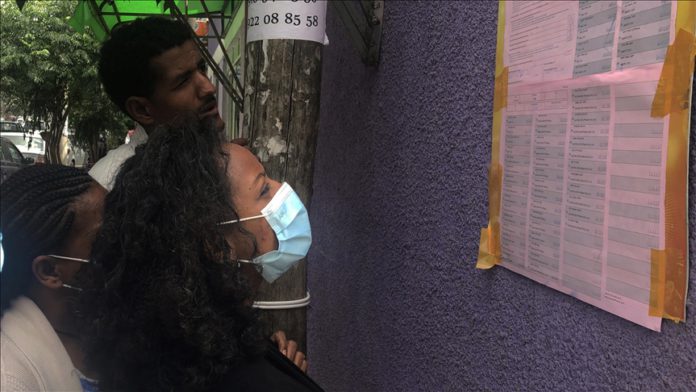 The Ethiopian Human Rights Commission (EHRC) said Saturday that there were no major or widespread human rights violations in this week’s parliamentary and regional council elections.

The appraisal came in a preliminary report of election monitoring which EHRC Commissioner Daniel Bekele and commission officials unveiled.

The report echoed an earlier finding of the African Union Election Observation Mission, which said Monday’s polls were held “peaceful and orderly” with millions patiently waiting in long queues for their turns to cast their ballots at polling stations.

It, however, said there were assaults, intimidation, and harassment of opposition contenders, incidents of killing as well as temporary detentions in the electoral process including the voting day.

The report called for prompt investigations against those who allegedly perpetrated those acts, particularly in Oromia, Amhara, and Southern Ethiopia regional states.

More than 37.4 million people were registered to vote in the elections.

Kenya doctors on strike over pay, lack of PPE