TurkishPress
Home News No French apology to Algerians since independence 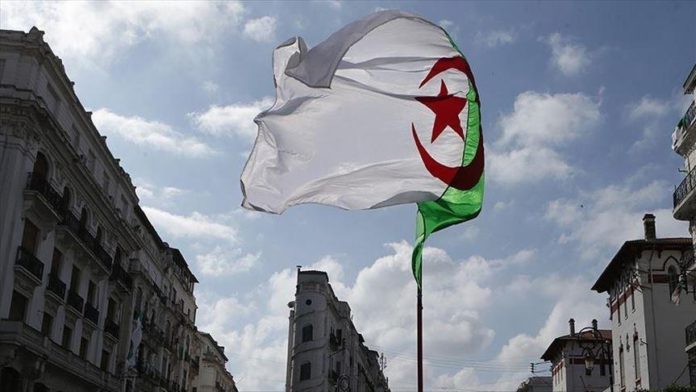 Algerians are set to celebrate 59 years since gaining independence from France, which colonized the country between 1830 and 1962.

French colonialism of the North African country was mired with most heinous crimes against humanity including genocide, torture, murder, nuclear tests, and looting that extended to archives.

Until now, France has neither admitted to these atrocities nor apologized to Algerians.

More than five million Algerians died at the hands of French colonialists in a span of a century and a quarter, according to Algerian President Abdel Majid Tebboune.

The Algerian League for the Defense of Human Rights, however, puts the number at 10 million in a report it published in 2017.

The May 8, 1945 massacre was the largest and ugliest carnage committed by France in a single day.

On that day, hundreds of thousands of Algerians celebrated the end of World War II (1939-1945) and pressed demands that France fulfills its promise to grant them independence.

The colonial forces were quick to use live ammunition against unarmed demonstrators, killing at least 45,000 in the process.

On Oct. 17, 1957, about 60,000 Algerians rallied in France against the French colonialism of their country.

The demonstrators were confronted with live bullets in an incident that came to be known as the River Seine crime, in which 1,500 were killed, 800 people went missing, and thousands detained.

Moreover, France used civilians as hostages and human shields in its war against the Algerian National Liberation Army.

According to historians, entire villages were wiped out by French authorities while different forms of torture were practiced against the Algerian population, including electroshock torture, using water wells as prisons, and throwing detainees from helicopters.

To this day, France preserves 18,000 skulls in the Homme Museum in Paris. Of these, only 500 have been identified.

In July 2020, Algeria recovered 24 skulls belonging to leaders of the Algerian resistance – before the outbreak of the November 1954 revolution – who were killed and then beheaded by the French colonial forces in the mid-19th century.

Negotiations between the Algerian authorities and France are ongoing to retrieve other skulls whose number has not been disclosed. France has put in place a law that makes these remains protected within the French heritage.

French colonial authorities carried out several nuclear experiments in Algeria that have had hazardous impacts on the local population.

French officials put the number of those experiments at 17 carried out in the Algerian desert in the period between 1960 and 1966. Algerian historians, however, put the number at 57.

Algerian Foreign Minister Sabri Boukadoum said in February that France’s nuclear experiments in the Algerian desert in the 1960s were three to four times equal to the Hiroshima bombing in Japan.

The French nuclear experiments have caused the death of around 42,000 Algerians and injured thousands due to nuclear radioactivity, in addition to the extensive damage to the environment.

France has rejected Algerian demands to reveal the location of the nuclear waste as well as compensating the victims and those suffering from permanent disabilities due to the harmful effects of nuclear radioactivity.

The Algerian authorities accuse French forces of smuggling hundreds of thousands of maps and historical documents during the colonial period (1830-1962), including those dating back to the Ottoman era (1518-1830).

Algeria is demanding the restoration of the entire pre-colonial archive, which Paris transferred when its forces were leaving the country.

France has rejected Algeria’s requests saying the archived documents remain classified as they are subject to national defense secrets.

In March, French President Emmanuel Macron announced a decision to speed up the declassification of defense documents related to the Algeria War up to 1970.

However, the announcement was received with mixed reactions in Algeria.

Kamal Belarbi, a former Algerian lawmaker, told Anadolu Agency at the time he was skeptical of the French move to lift the aura of secrecy clouding their role in Algeria.

Belarbi, who had earlier piloted a bill to criminalize colonialism, said the French will not hand over the secret documents.