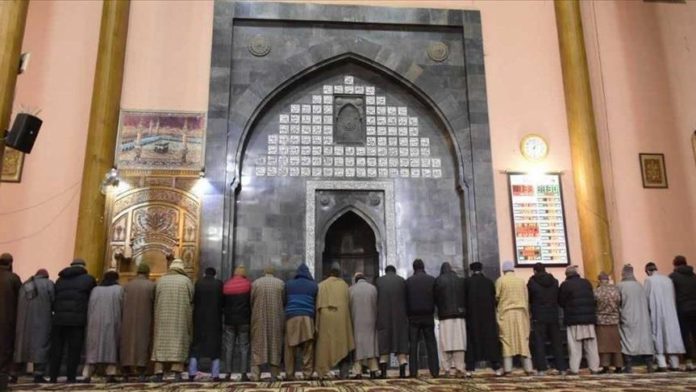 As the coronavirus infections are rapidly growing in the Indian-administered Kashmir, a religious body headed by separatist leader Mirwaiz Umar Farooq announced Monday the suspension of congregational Eid al-Fitr prayers.

In a joint statement, Mutahida Majlis-e-Ulema — a conglomerate of religious organizations — said that in light of the rising number of COVID-19 cases in the region, precautionary measures need to be adhered to.

Religious gatherings on the occasion of Laylat al-Qadr, or Night of Power, Jummat-ul-Vida, last Friday of the Muslim holy month of Ramadan, and Eid al-Fitr will remain suspended, it said.

Muslims all around the world celebrate Eid al-Fitr to mark the end of Ramadan, the ninth month of the Islamic calendar, during which they avoid eating from dawn until sunset.

Meanwhile 106 new cases were reported in the region on Monday. Among the positive cases were five doctors and 55 cops. The region also reported three new deaths, taking the tally to 16.

The positive cases have surged to 1,289 while 609 have also recovered.