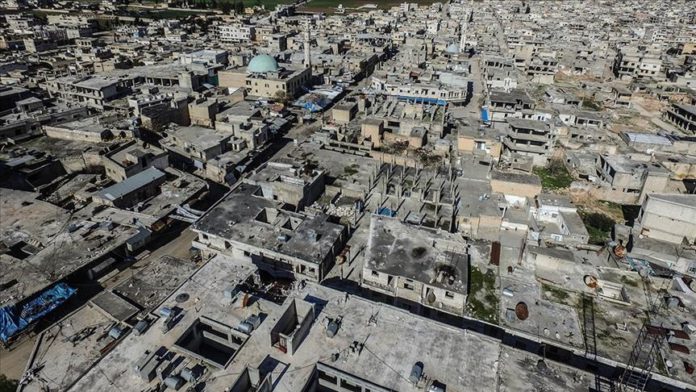 Reports that a deal has been struck to re-open three crossings in Syria’s northwestern Idlib province and city of Aleppo do not reflect the truth, regional security sources and some media outlets said Thursday.

Airstrikes and regime attacks on Idlib as well as harassment, infiltration and car bomb attacks by PKK/YPG terrorists in areas of Turkey’s Euphrates Shield and Olive Branch operations continue, said the sources, who asked not to be named.

Some media outlets reported that an agreement had been reached with the Turkish side to reopen the three crossings.

Russia offered to open the Abu Zandin, Saraqib and Miznaz border crossings on Feb. 1 this year and create a commercial border crossing for the people living in the region to use, said the security sources.

They remained open until Feb. 24, but during this time, there were no mutual requests for passage, the sources said.

The Abu Zandin crossing had been closed since Operation Peace Spring began in October 2019, they added.

An attempt was made to open the Saraqib border crossing in the Idlib de-escalation zone on April 18, 2020 and the Miznaz crossing on April 30 that year, but this failed due to public pressure and protests against the regime, they said.

Previously, it was seen that the crossing gates opened in the area were not used very efficiently, they noted.

The security sources also stressed that while airstrikes and regime attacks on Idlib and harassment, infiltration and car bomb attacks by PKK/YPG terrorists in the Tal Rifat and Manbij areas against the Euphrates Shield and Olive Branch operation areas continue, it will not be possible for local people to feel safe.

In its more than 35-year terror campaign against Turkey, the PKK — listed as a terrorist organization by Turkey, the US and the EU — has been responsible for the deaths of 40,000 people, including women, children and infants. The YPG is the PKK’s Syrian offshoot.

Turkey: US move on Southern Cyprus to cause instability