TurkishPress
Home News No cure for SMA, but results may be near: Cuban neurologist 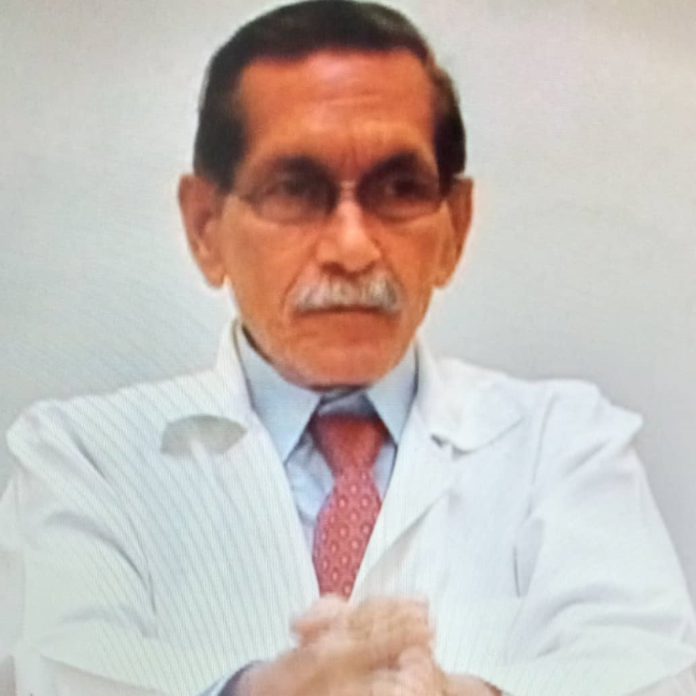 It is easier to build strong children than to repair broken men, according to Frederick Douglas, the famed 19th century US anti-slavery activist. Spinal Muscular Atrophy (SMA) disease, however, with its debilitating symptoms, takes an especially hard toll on children, so treatment for them would be especially welcome.

Although promising clinical trials are underway around the world, there are currently no curative therapies for SMA, a rare genetic disease that lowers motor neuron degeneration and causes muscle weakness, according to a Cuban neurologist.

According to the SMA Foundation website, SMA is a genetic neuromuscular disease characterized by muscle atrophy and weakness. The disease generally manifests early in life and is the leading genetic cause of death in infants and toddlers.

SMA is caused by defects in the Survival Motor Neuron 1 (SMN1) gene that encodes the SMN protein. This protein is critical to the health and survival of the nerve cells in the spinal cord responsible for muscle contraction (motor neurons).

After cystic fibrosis, SMA is the second-most common autosomal recessive disease in humans. The overall incidence of SMA is about 1 in 6,000 to 1 in 10,000 live births, while the carrier frequency is as high as 1 in 40, according to medical news outlet Medscape.

“Today we can already say that there are drugs that can modify the course of the disease by improving some functions, but the final solution to the problem does not yet exist,” neurologist Dr. Reinaldo Mustelier Becquer told Anadolu Agency in an interview.

“For this reason, we cannot say that there is a single and definitive method of treatment, but science is on that path, and we are not far from greater results.”

Mustelier said that therapeutic expectations from this disease have changed since the discovery of the genetic alterations that cause a deficiency or malfunction of the protein that is necessary for the survival of the motor neuron.

“There are studies that show high evidence with the use of new therapies in some of the functional and survival parameters,” said Mustelier.

Due to cost, complexity, and the necessary participation of various technologies and specialties, research on SMA is generally done by groups of independent experts, institutions, or pharmaceutical laboratories, he said.

Noting that there are at least 17 therapeutic trials for SMA based on various hypotheses and therapeutic methodologies, he added: “The most advanced therapeutic strategies aim to restore the function of the survival protein of the motor neuron through the insertion of gene therapy.”

On challenges in treating SMA, Mustelier stressed that the price of new therapies should be made affordable with the help of governments, institutions, and pharmaceutical laboratories.

He added that genetic studies should be made available to all patients and their families.

Asked about the effects of very costly drugs on SMA research, Mustelier said that institutions such as health ministries and the pharmaceutical laboratories cover some part of the expenses “to ensure that the sample [of patients] is representative according to the research design.”

In 2016 the US Food and Drug Administration (FDA) approved a drug with nusinersen sodium for treating SMA. The drug, whose global rights belong to Biogen, a US biotech company, became the first known therapy for the disease.

Patients must use the drug their entire lives, but it is not cheap: A decade of therapy using the drug costs around $10 million.

The efficacy of the drug differs from patient to patient due to individual differences, level of the disease, length of therapy, and when treatment starts.

“In Cuba, we have managed to ensure that all the coverage for these patients is assumed by the state,” he said.

US: 4 police officers hit by gunfire in Missouri