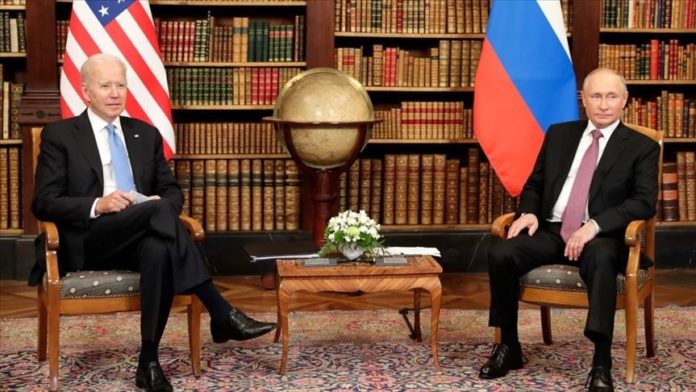 A new summit between Russian President Vladimir Putin and his US counterpart Joe Biden is possible but there are no “concrete plans” yet, Kremlin spokesman Dmitry Peskov said on Monday.

Speaking at a daily briefing in Moscow, Peskov said only contacts between heads of the Russian and US diplomatic services are currently on the agenda.

“There are no concrete plans at the moment on this account (a new Putin-Biden meeting). There is an understanding that there will be contacts at the level of ministers of foreign affairs, we expect that this week a meeting is possible between (Russian Foreign Minister Sergey) Lavrov and his US counterpart (Antony Blinken). Also, we do not exclude contacts of Russian and French ministers.

“We do not exclude (a possibility of a new meeting). If necessary, of course, the presidents of Russia and the United States can decide at any time on contacts, either via phone or in-person. This will be their decision,” he said.

Peskov said he does not see any improvement of the situation in Donbas, on the contrary, shelling is getting more intensive.

“The situation is really extremely tense, and so far we have not seen signs of a decrease in the level of tensions. Provocations and shelling are becoming more and more intense, this causes very deep concern,” he stressed.

US President Joe Biden claimed on Friday that Russia is on the brink of invading Ukraine within “several days.”

Moscow has repeatedly denied any plan to invade Ukraine and accused Western countries of undermining Russia’s security through NATO’s expansion toward its borders.

Russia also issued a list of security demands to the West, including a rollback of troop deployments from some ex-Soviet states and guarantees of NATO’s further non-expansion.