TurkishPress
Home News No. 3 seed Zverev eliminated in 4th round of 2022 Australian Open 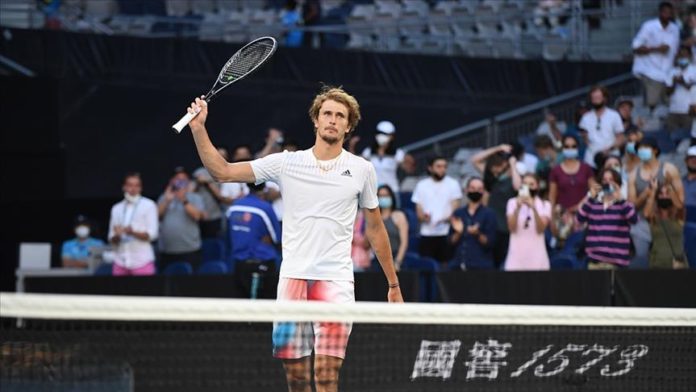 Third-seed in men’s tennis Alexander Zverev from Germany on Sunday exited the 2022 Australian Open in the fourth round.

An Olympic gold medalist at the Tokyo 2020, Zverev lost all the three sets against Denis Shapovalov at Margaret Court Arena, a stunning win for the Canadian player.

Ranked 14th in the world, Shapovalov won the fourth round match 6-3, 7-6 (7-5), 6-3 to qualify for the quarterfinals, where he will play against Spanish superstar Rafael Nadal.

Nadal sweat bullets against Mannarino in the first set and barely won it 7-6 (16-14).

The 35-year-old Spanish national dominated the second and third sets 6-2, 6-2 to make the quarterfinal stage.

Ashleigh Barty, world no. 1 in women’s singles, marched to the Australian Open quarterfinals.

The Australian player will face US opponent Jessica Pegula in the last eight after eliminating Amanda Anisimova in the fourth round.

Barty on Sunday won against US’ Anisimova 6-4, 6-3 at Rod Laver Arena.

In addition, Czech player Barbora Krejcikova will take on Madison Keys of the US in the last eight.