TurkishPress
Home News No. 2 seed Sabalenka through to Wimbledon's 2nd round 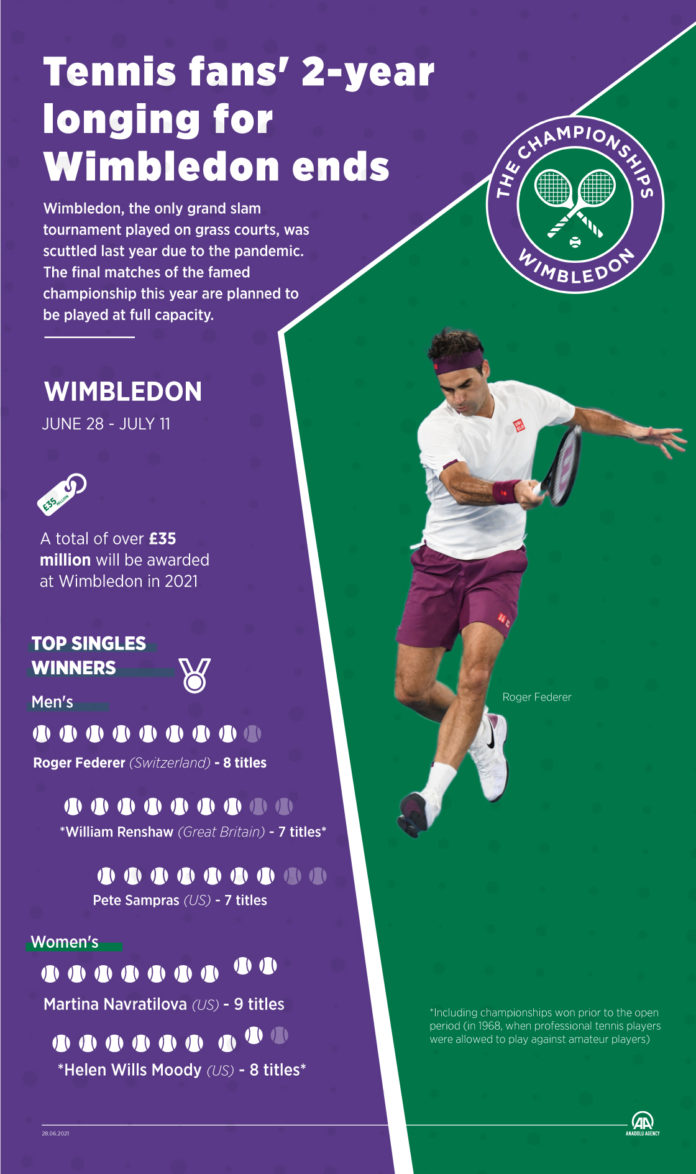 Number 2 seed Aryna Sabalenka on Monday booked her place in the second round of Wimbledon 2021.

In Wimbledon’s opening match, Belarus’ Sabalenka earned a 2-0 win over Romania’s Monica Niculescu with 6-1, 6-4 sets at the No.1 Court in London.

The opening game lasted for one hour and 16 minutes.

Wimbledon was scuttled last year due to the coronavirus pandemic, so tennis fans have been waiting two years for this tournament.

The final matches of the famed championship this year are planned to be played at full capacity.

This year’s Wimbledon lasts through July 11.

In the Open era, Swiss superstar Roger Federer has racked up eight Wimbledon titles to lay claim to the most men’s crowns.

On the women’s side, American Martina Navratilova won Wimbledon nine times to capture the record.

Transcontinental marathon kicks off in Istanbul