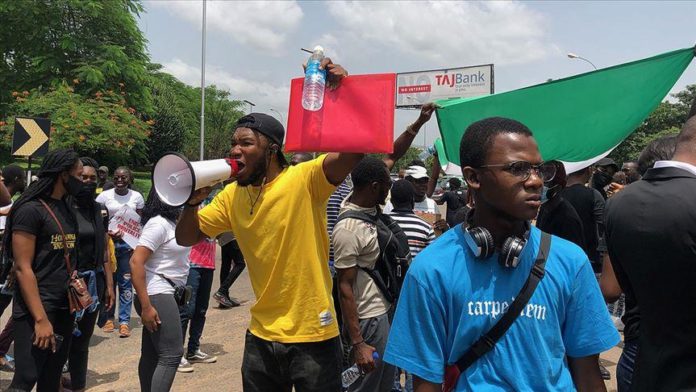 Protests broke out Sunday in the Nkanu East local government area of Nigeria’s Enugu State following the killing of a traditional ruler.

Scores of residents of the Oruku community barricaded major roads and streets over the killing of Igwe Emmanuel Chidiebere Mba, the paramount ruler of the community, multiple sources told Anadolu Agency.

“Major roads were blocked by the protesters. They were singing war songs and apparently angry, demanding justice over the killing of their king,” said Ignatius Ifenyi, a road transport union official.

The protests continued for most of the day, said residents in the area.

Gunmen shot the traditional ruler dead on Saturday while he was addressing members of the community during a town hall meeting, local media reported.

The gunmen, who were carrying assault rifles, arrived in a sports utility vehicle (SUV) and opened fire on the ruler as soon as they arrived, causing pandemonium, the Nigerian daily Punch reported.

The police have yet to make an official statement on the incident.

Turkey neutralizes 39 terrorists in northern Syria over past 5 days