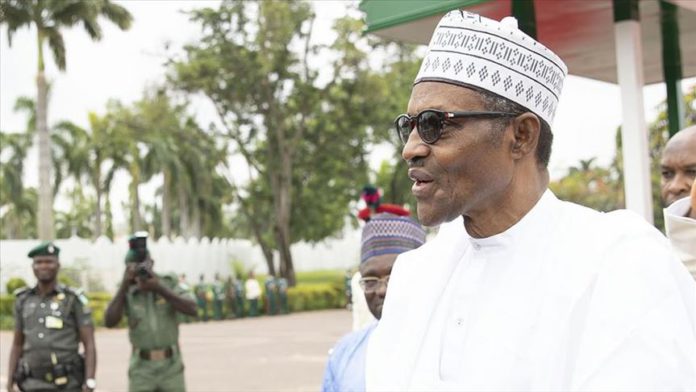 Nigerian President Muhammadu Buhari on Friday ordered the immediate suspension of the Chairman of the Economic and Financial Crimes Commission (EFCC), Ibrahim Magu, and instituted an investigation against him for his alleged involvement in various cases of financial irregularities.

A statement issued from the president’s office stated that Magu was suspended to allow an unhindered probe by the Presidential Investigation Panel headed by retired Justice Ayo Salami.

“President Muhammadu Buhari has approved the immediate suspension of Ibrahim Magu to allow an unhindered inquiry by the Presidential Investigation Panel under the Tribunals of Inquiry Act and other relevant laws,” said a statement signed by Umar Jibrilu Gwandu, an official at Office of the Attorney-General of the Federation and Minister of Justice.

The presidential panel was set up to investigate various cases of alleged official misconduct and financial irregularities against Magu, who was detained on Monday. The government agencies are currently interrogating him.

President also approved the appointment of Mohammed Umar to replace Magu. He was asked to take charge and oversee the operations and activities of the anti-corruption agency.

“In December 2010, the Police Service Commission (PSC) found Magu guilty of action prejudicial to state security – withholding of EFCC files, sabotage, unauthorized removal of files and acts unbecoming of a police officer, and awarded him severe reprimand as punishment,” the Sahara Reporters an online news agency said quoting a report released by the Department of State Services (DSS) in 2016.

“Magu forced the Federal Capital Development Authority to award a contract to Africa Energy, a company owned by the same person, who furnished his residence,” the report revealed.

Magu was still the acting chairman of the EFCC, a Nigerian law enforcement agency that investigates financial crimes such as advance fee fraud and money laundering. He was still awaiting confirmation.