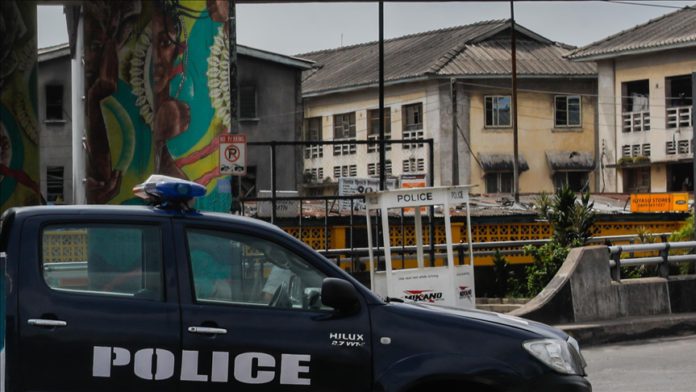 Around 2,000 kidnapped Nigerians and foreigners have been rescued and over 1,000 weapons have been recovered from bandits in Nigeria’s northeastern state of Zamfara since May 2019, local media reported Thursday, citing its governor.

“We have recovered a lot of dangerous weapons which were given to the security agencies of Nigeria and we have rescued about 2,000 kidnap victims, including some foreign nationals,” The Nation website quoted Bello Matawalle, who assumed office in late May of last year, as saying.

The rescued foreigners include “people from China, Korea, Niger Republic, Burkina Faso and even Central Africa who were kidnapped and taken to Zamfara state,” Matawalle said.

“All we are concerned with is to see our people go to sleep with their eyes closed, and that is the responsibility of every government to provide security for the lives and properties of which we are doing.”

Matawalle’s remarks come amid intensive reporting regarding insecurity in Nigeria, Africa’s most populous country, particularly in its northeastern region.

The governor urged his counterparts in other Nigerian states to set aside their political differences for the sake of putting up a united front to rid Nigeria of all criminal elements and actions, especially banditry, warning against the politicizing of security and hunger which, according to him, knows no party, according to The Nation.

Matawalle assured that no ransom was paid in the rescuing of abducted victims in the state, noting that logic and dialogue had always been deployed, according to the report.

Matawalle went on to express his resolve to back security agencies in Zamfara to win the war against insecurity, saying it is why he decided to operate an open-door policy with the agencies to improve the free flow of communication, according to the report.

Coronavirus deaths rise to 29 in Israel

Turkey's electricity consumption down 1.08% in November