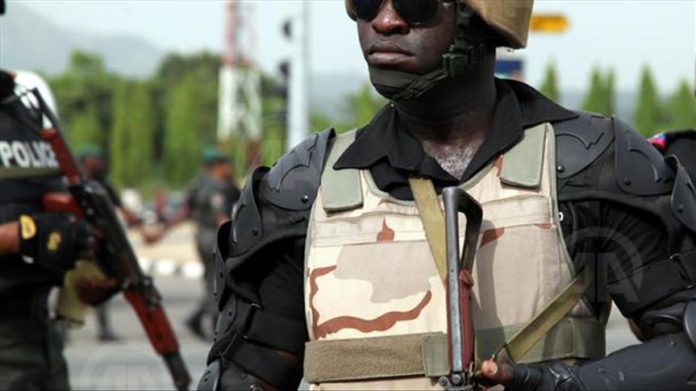 The Nigerian military took over streets and strategic locations in the capital Abuja on Monday amid ongoing protests in the country against the controversial Special Anti-Robbery Squad (SARS) police unit, local media reported.

The move comes a day before an annual exercise, Operation Crocodile Smile, which the military said would be conducted Tuesday, the Daily Post reported.

In an earlier statement, the military said the operation was not targeted at the #EndSARS protests, according to the report.

However, a number of video clips shared on social media have shown some Nigerian soldiers as well as police harassing protesters, according to the Daily Post.

In a related development, the government of Edo state has imposed a 24-hour curfew statewide, the newspaper reported separately.

The curfew took effect as of 4:00 p.m. Monday until further notice, according to the report.

“This decision has become necessary because of the very disturbing incidents of vandalism and attacks on private individuals and institutions by hoodlums in the guise of the End SARS protests,” the Daily Post quoted the Secretary to the State Government, Osarodion Ogien, as saying in a statement.

“While the government of Edo state respects the rights of its citizens to undertake legitimate protests, it cannot sit idly when hoodlums have taken laws into their hands to cause mayhem on innocent citizens and the state,” he added.

Despite the disbanding of SARS in reaction to the angry protests, protests against what the demonstrators describe as police brutality continue in the country.

Demonstrations had been taking place for several days against the unit, with protesters besieging its headquarters.

They chanted “End SARS” and poured red paint on the street in front of the building – a symbolic reference to the killings they say that SARS officers have committed. SARS is also reportedly accused of torture and human rights abuses.