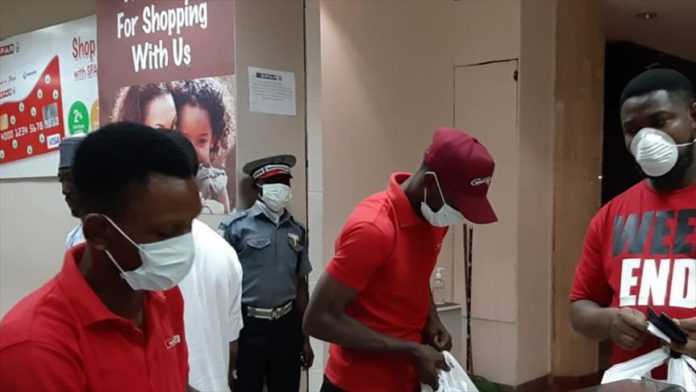 The coronavirus death toll in Nigeria has reached 1,048 and the overall case count is now up to 54,588, authorities said on Friday.

“On the 3rd of September 2020, 124 new confirmed cases and 21 deaths were recorded in Nigeria,” the Nigeria Centre for Disease Control (NCDC) said in a daily update.

It is followed by the Federal Capital Territory, which includes the capital Abuja, with more than 5,200 cases, and the southwestern Oyo State, where more than 3,100 cases have been confirmed so far.

The latter has seen a fall in infections over recent days, leading the government to lift the 10 p.m. (2100GMT) curfew, local daily The Punch reported on Thursday.

Taiwo Adisa, chief press secretary for the state governor, said the decision to abolish the curfew was taken after a review of the epidemic situation.

However, he urged residents to continue complying with other preventive measures, saying “the cancellation of the curfew did not mean [the] coronavirus has disappeared completely,” according to the news report.

COVID-19 has claimed nearly 30,300 lives across Africa, with the total number of infections now over 1.26 million and more than 1 million recoveries, according to the Africa Centres for Disease Control and Prevention.

The global death toll is now close to 869,000, with more than 26.3 million cases recorded in 188 countries and regions since last December.

More than half of all patients worldwide – over 17.52 million – have recovered, according to figures compiled by the US’ Johns Hopkins University.