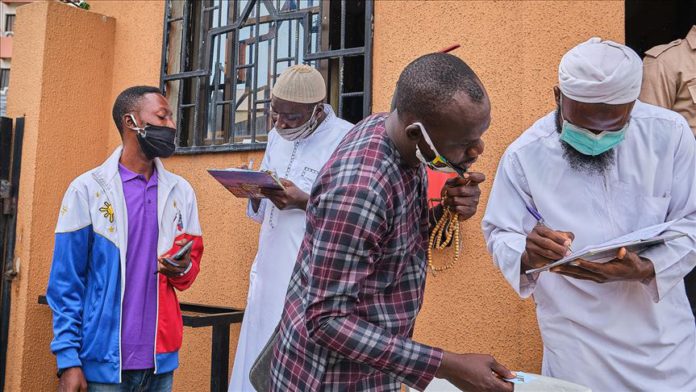 With two more people losing their lives to COVID-19 and the virus infecting another 126 people in Nigeria, the death toll reached 1,108 and nationwide infections rose to 58,324, local health authorities said on Monday.

“Till date, 58,324 cases have been confirmed, 49,794 cases have been discharged and 1,108 deaths have been recorded in 36 states and the Federal Capital Territory,” the Nigeria Centre for Disease Control (NCDC) said in recent update.

With over 19,200 cases, the commercial capital Lagos remains the worst-hit city of West African country.

It is followed by the Federal Capital Territory, which includes the capital Abuja, with more than 5,600 cases, and the southwestern Oyo state, where more than 3,300 cases have been confirmed to date.

Nigeria is among the five hardest-hit countries in Africa that account for well over half of the continent’s 1.41 million total infections.

The virus that first appeared in China last December has spread to 188 countries and regions, according to the US’ Johns Hopkins University.

More than 33 million people have been infected, including nearly 998,000 deaths and 23 million recoveries.