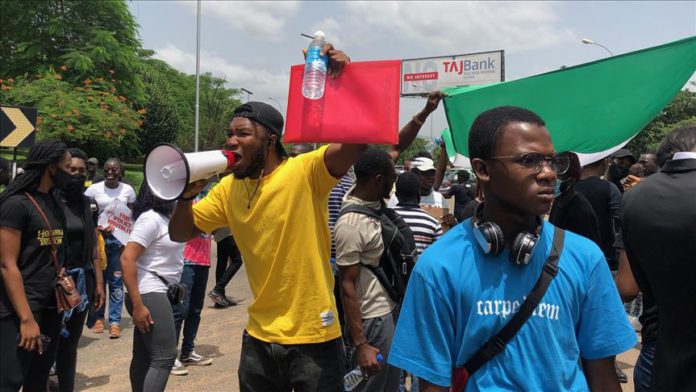 Nigerian authorities have launched an investigation into the killing of several peaceful protesters in Nigeria’s commercial city of Lagos, the president said early Monday.

The protests against police brutality, which started almost two weeks ago, have continued to gain momentum in most cities of the country, forcing the government to declare curfew in some states.

Dozens of protesters were killed and hundreds severely injured in Lagos at the Lakki Gate protesting ground during a face-off with multiple gunmen last Tuesday.

”The Judicial Panel of Inquiry set up by the Lagos State Govt has my full support, as it commences sitting this week,” President Mohammadu Buhari tweeted early Monday.

”I‘m confident that all the State Panels will help ensure justice is done on behalf of the peaceful protesters and law enforcement agents who sadly lost their lives,” Buhari added.

The mass demonstrations started when activists called for protests in Lagos and the capital Abuja after a young man was killed by members of the Special Anti-Robbery Squad (SARS), a controversial police unit, and spread across the country.

Despite the dissolution of SARS, protesters are continuing to demonstrate until their demand for comprehensive police reforms is met, including punishments for erring officers, as well as the unconditional release of all detained protesters and compensation for families of the victims of police brutality.

The protesters have attacked police stations, set over 2,000 inmates free at two prison facilities and torched a leading television station.

While soldiers are deployed in various parts of the country, curfews have now been announced in a total of 13 states including Lagos, Edo and Rivers.

Last week, the UN strongly condemned the use of “excessive and disproportionate” force by Nigerian armed forces on people protesting police brutality in Lagos.