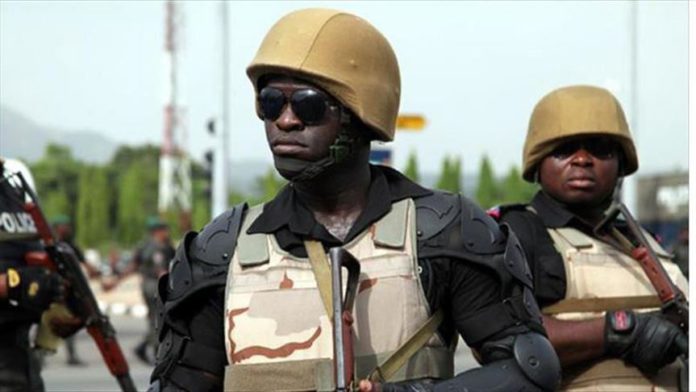 Nigeria’s police chief on Friday condemned protesters for attacking police personnel and damaging police operational vehicles, according to a statement.

Mohammed Abubakar Adamu said the incidents in Delta state have led to the death of one policeman, while another sustained a serious gunshot injury.

He said the protesters carted away one service AK-47 rifle with 25 rounds of live ammunition that was with the deceased at the time of the incident.

Adamu also warned that the “force will no longer tolerate any attack on its personnel or any member of the law enforcement community by any individual or group protesting under any guise.”

Protesters in Nigeria have been demonstrating for several days against the country’s controversial Special Anti-Robbery Squad (SARS) police unit and besieged its headquarters.

Protested chanted “EndSARS” and poured red paint on the street in front of the building – a symbolic reference to the alleged killings by SARS officers.

In a report on Tuesday, Amnesty International said that authorities have failed to tackle the impunity enjoyed by SARS, whose brutality and corruption are “becoming increasingly brazen.”

“Last weekend, the Nigerian police announced yet another ban on routine patrols by SARS and other tactical squads of the Nigerian police, the fourth such ban in four years, amid growing anger over harassment and abuse by officers,” said the rights group.