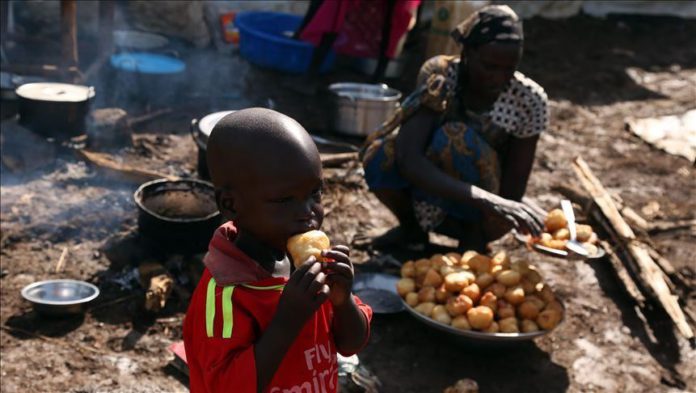 Some 142,000 to 160,000 children under the age of five die of pneumonia in Nigeria every year, according to figures released by the country’s Health Ministry.

Low immunization, especially in hard-to-reach areas, urbanization, malnutrition, and pollution due to burning of woods were cited as the causes for pneumonia deaths in Nigeria, local newspaper The Guardian reported on Thursday.

The figures were released a day before World Pneumonia Day, marked globally on Nov. 12.

“Everybody can be affected by pneumonia, but the mortality is higher when children are malnourished,” said Oluseyi Omokore, an official at Nigeria’s Health Ministry.

He said more children under the age of five contract malaria but deaths due to pneumonia are still higher.

“Everybody can treat malaria but the situation is not the same with pneumonia. It affects the lungs and most people do not know about it,” he told The Guardian.

“It is the highest killer of children under five in Nigeria and constitutes 16% of total number of under-five mortality.”

Severe pneumonia affects over 22 million young children in low- and middle-income countries each year and kills more than malaria, measles, and diarrhea combined, said a new analysis cited in the report.

The disease leaves “an estimated 4.2 million children under the age of five in Nigeria and 123 other low- and middle-income countries with critically low oxygen levels each year,” according to the report by UNICEF, Clinton Health Access Initiative, Save the Children, and Murdoch Children’s Research Institute.

“The COVID-19 pandemic-related disruptions to health services threaten to be a further blow in the battle against the world’s biggest infectious killer of children, which already claims the lives of over 800,000 children under the age of five each year,” read the report.

According to the Stop Pneumonia Initiative, the disease remains the “biggest infectious killer of adults and children – claiming the lives of 2.5 million, including 672,000 children, in 2019.”

“COVID-19 could add 1.9 million to the death toll this year. This could increase ‘all-cause’ pneumonia deaths by more than 75 per cent,” the group said in a statement included in The Guardian report.