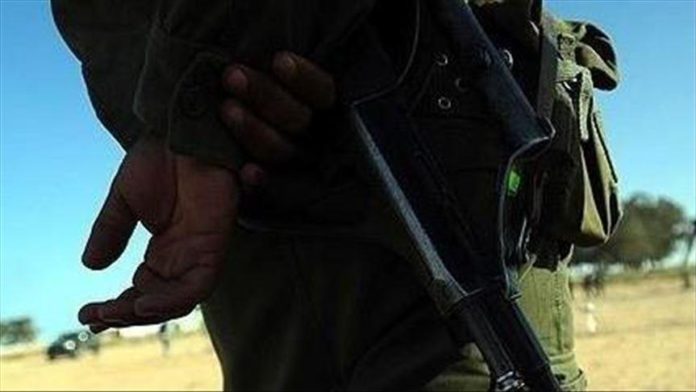 The notorious leader of a group of bandits, alongside five lieutenants, who have terrorized Zamfara State in northwest Nigeria and neighboring states have repented and surrendered 20 AK47 rifles.

The group led by Auwalun Daudawa also handed over one rocket-propelled grenade and a large amount of ammunition Monday to the state government.

Daudawa is believed to be the mastermind of the abduction of 344 students from the Government Science Secondary School Kankara in Katsina State in 2020.

He and his lieutenants swore that they would never kill again, kidnap and rustle cows in the state and elsewhere.

“We have voluntarily repented and seek no single kobo [money] from any government, group or individual for that,” Auwalu said at the Government House Gusau.

The bandits testified that there are no other weapons hidden apart from those surrendered and vowed they will never engage in activity aimed at sourcing dangerous weapons.

“I was convinced by the state government approaches on peace reconciliation with armed bandits. I learnt from those who repented before me that there was not a single plan by the governments through the use of security agencies to harm me and my boys, Therefore, we are now back for normal lives like other peace-loving Nigerians,” said Daudawa.

State Governor Bello Matawalle said the development was part of reconciliation efforts of his administration, “The development will not only gradually paste the name of Zamfara unto the list of most peaceful places in the country, but will facilitate the return of the lost commercial enterprising to the state,” he said.
He stressed his administration’s commitments toward ensuring that only farming activities and cattle rearing would occupy the forests to replace dangerous camps established by bandits and kidnappers.

Zamfara, like other northwest states, has faced devastating attacks from armed bandits in the last 10 years.

The state government entered a peace agreement with gunmen in 2019.

But communities in the state are still being attacked and residents kidnapped and killed.