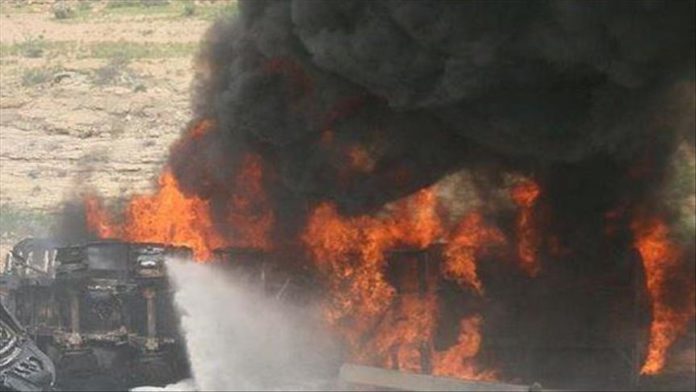 The incident occurred at a bus stop in the Ifako-Ijaiye local government area, the local Premium Times website reported.

“A further investigation revealed that an unknown truck conveying gasoline had an accident and exploded,” the website quoted the Lagos State Emergency Management Agency (LASEMA) as saying in a statement.

“The impact of the explosion led to a fire at adjoining buildings, and several vehicles were burnt…Several people were injured and have been taken to the nearest hospital for treatment,” it added.

The explosion occurred while the tanker truck was attempting to enter a gas plant in the area, Ibrahim Farinloye, an official at LASEMA, was quoted as saying.