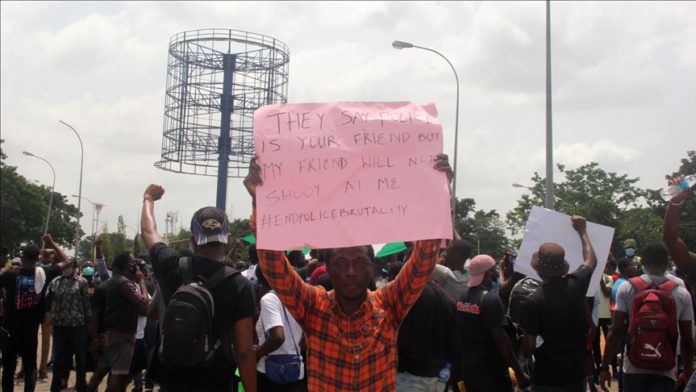 “I have watched with shock how what began as a peaceful #EndSARS protest has degenerated into a monster that is threatening the well-being of our society. Lives and limbs have been lost as criminals and miscreants are now hiding under the umbrella of these protests to unleash mayhem on our state,” Sanwo-Olu said in a statement.

“I, therefore, hereby impose a 24-hour curfew on all parts of the State as from 4 pm today, 20th October, 2020. Nobody, except essential service providers and first responders must be found on the streets,” he was quoted, according to the state’s Twitter account.

The curfew comes one day after a similar curfew was imposed in Edo state beginning 4 p.m. Monday until further notice.

“This decision has become necessary because of the very disturbing incidents of vandalism and attacks on private individuals and institutions by hoodlums in the guise of the End SARS protests,” the Daily Post quoted Edo’s Secretary to the State Government Osarodion Ogien.

The military took control of the streets and strategic locations in the capital, Abuja, amid nationwide protests Monday against the controversial Special Anti-Robbery Squad (SARS) police unit, according to the Daily Post.

In an earlier statement, the military said the operation was not targeted at the #EndSARS protests.

Despite the disbanding of the SARS unit in response to angry demonstrations, protests have continued against what demonstrators describe as police brutality.

Demonstrations had been taking place for several days against the unit, with protesters besieging its headquarters.

SARS is also accused of torture and human rights abuses.