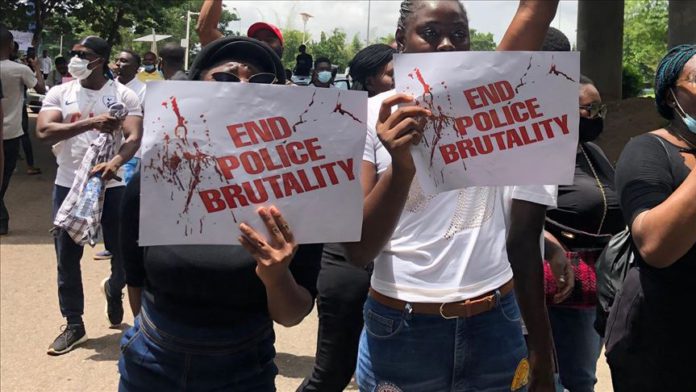 The incident occurred as police opened fire on unarmed protesters in the Surulere area of Lagos state, according to the Premium Times newspaper. The victim has not yet been identified.

A police officer was also reportedly killed by a stray bullet during the shootings, according to the report.

The protester is the second to be killed by security forces in three days. Two days ago, Jimoh Isiaka was shot dead in Ogbomoso, Oyo state, according to the Premium Times.

Protesters had been demonstrating for several days against the unit and besieged its headquarters.

Despite the dissolution of SARS, the protesters are continuing to demonstrate until their demand for comprehensive police reforms including punishments for erring officers is met as well as the unconditional release of all detained protesters and compensation for families of the victims of police brutality.

Reacting to the developments, Nigeria’s President Muhammadu Buhari said that dissolving SARS was only a first step.

“The disbanding of SARS is only the first step in our commitment to extensive police reforms in order to ensure that the primary duty of the police and other law enforcement agencies remains the protection of lives and the livelihood of our people,” he tweeted.

In a recent report, Amnesty International said the authorities had failed to tackle the impunity enjoyed by SARS, whose brutality and corruption were “becoming increasingly brazen.”

Turkey targets 7B saplings to be planted by 2023: President