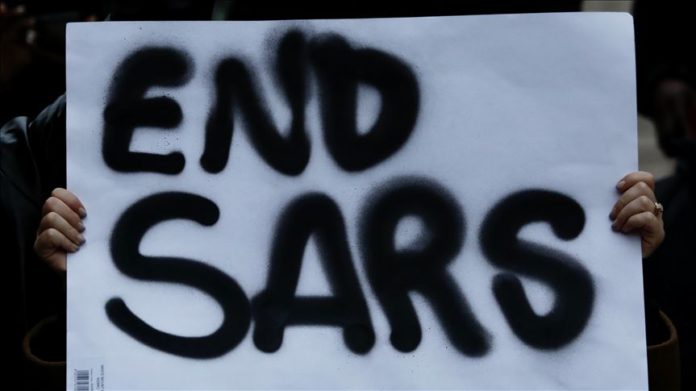 At least 800 people have been arrested for killings and incidents of arson and looting during mass protests against police brutality in Nigeria.

According to local media reports on Wednesday, more than 200 suspects were arrested in the capital Abuja and a few more cities across the country.

Some 520 more suspects have been arrested in different areas of Lagos, Nigeria’s commercial hub, according to the city’s police chief Hekeem Odumosu.

“All these are mop-up operations that we are carrying out. We have intelligence and we have sent out our men to all the places,” he said at a news conference on Tuesday.

He said intelligence gathered showed the arrested suspects were not part of the widespread protests against the police’s Special Anti-Robbery Squad (SARS), an infamous police unit accused of killings, rape, torture, and extortion.

The official showed reporters items recovered from the suspects, including electronic gadgets, generators, and cartons of food products.

The #EndSARS demonstrations started earlier this month and snowballed into violence in various Nigerian cities, with several buildings, including a prison, warehouses, malls, and a media outlet’s headquarters, damaged.

The official said the presidency was perturbed by reports of looting of warehouses and other public and private properties.

The police chief should tell Nigerians why his men failed to comply with his orders and why they have not been doing their duty of protecting people’s lives and properties, the report quoted the official as saying.