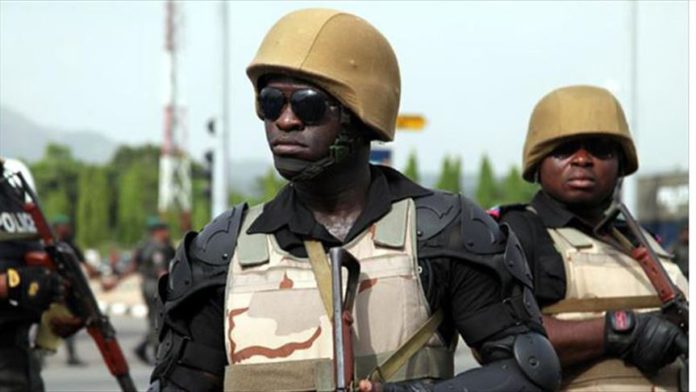 The police on Friday have confirmed eight of their personnel and a civilian were killed in a robbery attack in Nigeria north-central Kogi state.

A gang of 25 armed robbers stormed a bank and a police station at Isanlu, a serene town in the Kogi state Thursday evening, Police Public Relations Officer William Aya said in a statement.

The injured have been taken to a public hospital for treatment while the bodies were deposited in a morgue, he added.

He said the police have deployed a team of operatives, including Special Anti-Robbery Squad and Counter Terrorism Unit, to the town to commence an investigation.

Yahaya Bello, the governor of the state, asked the police to fish out the perpetrators.

He promised that the government would strengthen the security network of the area to ensure people are safe.

The robbery attack was the first in the area this year in a country battling the COVID-19 pandemic.