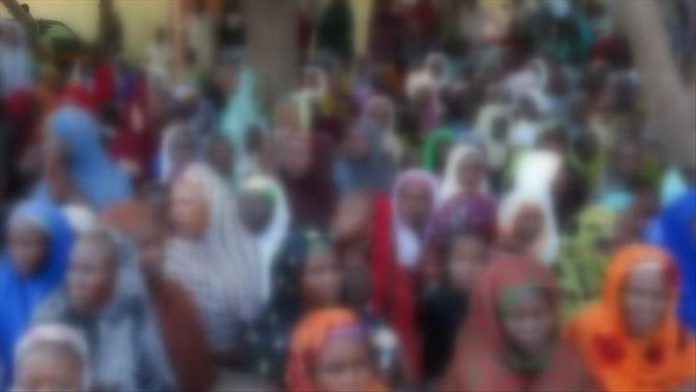 At least 17 students kidnapped by the Boko Haram terror group from a school in northwestern Nigeria were rescued Tuesday, said an official.

Katsina State Governor Aminu Masari told a radio station that he had ordered an operation to be carried out after hundreds of students were kidnapped by Boko Haram at a boarding school in Kankara, a small town in Katsina.

“The majority of the kidnapped students are in the Zamfara forest in the neighboring province. Efforts are underway to save them,” he added.

Members of Boko Haram attacked the boarding school on the night of Dec. 11, kidnapping more than 600 students.

Defense Minister Bashir Salihi Magashi had visited the area, promising that the students would be rescued very soon.

Local residents are also continuing to demonstrate for their release.

In a statement, President Muhammadu Buhari condemned the cowardly attack by Boko Haram on innocent children, saying security forces had identified the armed group in the forest and that an operation had been launched.

Katsina State Police spokesman Gambo Isah said a security guard was injured during the operation and additional security forces would be dispatched to the area for search and rescue operations.

Masari had ordered the closure of all boarding schools in the state in the wake of the attack.

The incident marked the third abduction of students in over a decade of Boko Haram terror attacks in the country following the 2014 kidnapping of 270 Chibok schoolgirls and the 2018 abduction of 110 girls from a school in the northeast.

Bordering northern Nigeria, Niger’s Diffa region has been plagued by Boko Haram attacks since 2015. The entire region has been under a state of emergency for several months.

Over 450 acts of killing, kidnapping, sexual and gender-based violence and other serious incidents were reported in Diffa in the first nine months of 2020, according to the UN Refugee Agency, the UNHCR.