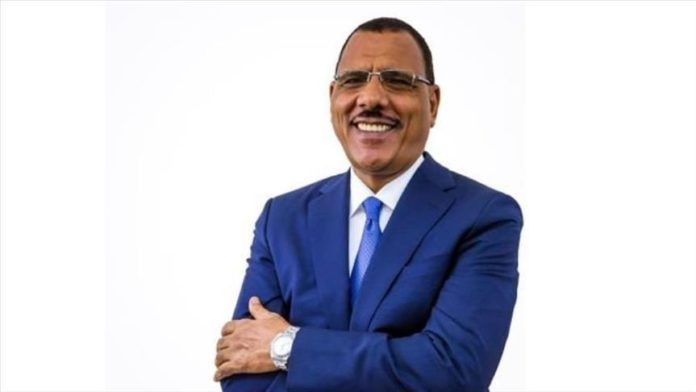 “I will work for peace, progress, and happiness of all Nigeriens,” Mahamadou Issoufou’s successor said after taking over the office.

In his speech at the Mahatma Gandhi International Conference Center after the swearing-in ceremony, he promised to reform the Nigerien education system with an emphasis on educating young girls.

On the security front, Bazoum said terrorism is “a real misfortune” for his country, adding that he intends to engage “immediately in discussions with the Nigerian authorities to create conditions for the return of refugees to their respective villages as soon as possible”.

He also hinted at plans to help Mali fight terrorism.

“The current situation in Mali has a direct impact on the security of our country. We must help our Malian brothers to get along and implement the Algiers agreement,” he said.

He also pledged to fight against poverty and ensure social justice through dialogue with political parties.

The ceremony was attended by many heads of state and leaders, including Turkey’s Vice President Fuat Oktay. He arrived in Niger on Friday morning and had a one-on-one meeting with Nigerien Prime Minister Brigi Rafini.

Several people were arrested after an attempted coup in the West African country on the night of March 30-31, the government had said in a statement on Wednesday.

Bazoum, a candidate of the ruling Party for Democracy and Socialism, won the presidential election in the second round of voting held on Feb. 21. His victory has since been contested by his rival Mahamane Ousmane, who called for public demonstrations.

US senator says Turkey 'doing the right thing' in Idlib

Turkey's Borsa Istanbul up 0.58% at close