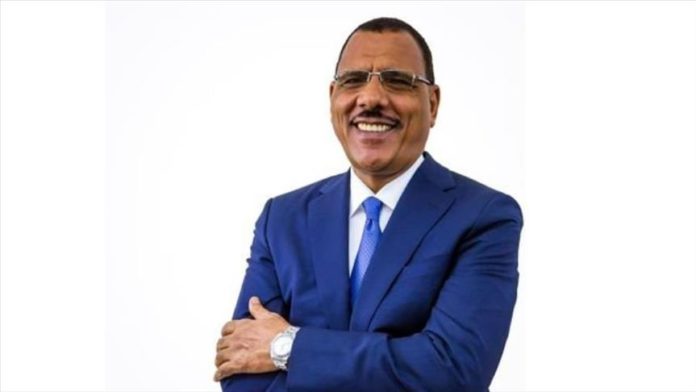 Mohamed Bazoum, 61, the winner of Niger’s Feb. 23 presidential runoff, is a traditional politician who in the past has served the landlocked West African country in various capacities.

He will be the 10th president and the seventh democratically elected head state of a country, that has witnessed many military coups.
“I know my country perfectly, I have a great knowledge of the state. I feel fit to assume this function that the people have decided to entrust to me,” he said soon after the Independent National Electoral Commission (CENI) announced the results.

Born in the Diffa region, where he also completed schooling, Bazoum graduated in philosophy in Dakar, the capital of Senegal.
But analysts say that because of his Arab origin, he will face added challenges to prove that he is a better nationalist than dominant indigenous ethnic Nigerien politicians and former presidents.

Speaking to Anadolu Agency, Bouli Adamou Ide, a political analyst said that backed by experience and mastery over politics, Bazoum possessed the ideal qualities of a presidential candidate compared to his rival Ousmane.But she said that the new president will have to face a lot of challenges.

“Niger is one of the poorest countries in the world. Most of the population is very poor. The basic sectors are not functioning, education and health are poor. People are waiting for their president to work on the basic sectors as a priority to lift them out of poverty,” she said.

“His talent in rhetoric and his rigor in principles greatly opened the way to an interesting political career. As a high school philosophy teacher, he left his mark on a whole generation of students in the 1990s,” according to Niger Party for Democracy and Socialism, which he was heading since 2011.

Founded in 1990, Bazoum and also former President Mahamadou Issoufou were its founding members.

Bazoum has served the country as its foreign minister from 2011-2015 as well as headed the ministries of interior, public security, decentralization, customary and religious affairs at various times from 2015-2020. He resigned from the government to devote time to seek candidacy to contest the presidential elections.

In January 2021, Bazoum won the first round of the presidential election securing 39.30% of the valid votes cast. In the second round, he was pitted against Mohamed Ousmane and won 55.75% votes.

Although the opposition has contested the results, he has been declared president by CENI pending confirmation by the constitutional court.
Ide said that Bazoum will have to balance his position between the politicians who supported him and the aspirations of the people. She further said that security issue is very delicate.

“He will have the heavy task of fighting terrorism in Niger, especially in Tillaberi in the west of the country. The defense and security forces must feel courageous under him, “said the analyst.

Since Bazoum had appealed to youth by incorporating many of them into his team, there are expectations that he will give them positions in the government.
On the opposition challenging the results, she said it is a routine exercise in Sub-Saharan Africa, especially when the winner is from the same party as his predecessor.

Ethiopia to use dexamethasone for COVID-19 patients