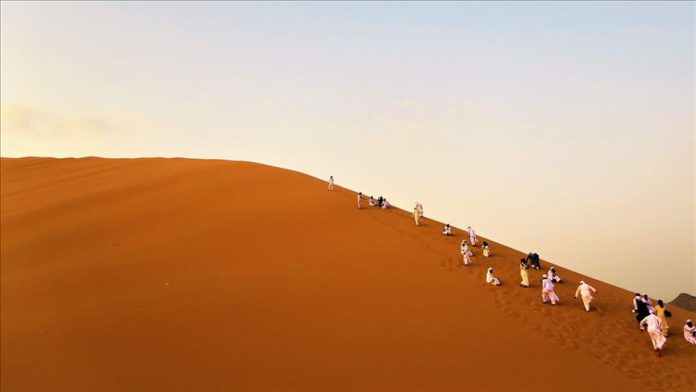 Some 83 irregular migrants abandoned in northern Niger were rescued by a team affiliated with the International Organization for Migration (IOM), the body announced Tuesday.

In a statement, the IOM said the team rescued 42 males and 41 females bound for Libya on Sept. 3 in the desert Agadez region, with most of the migrants being Nigerian, though some of the men were from Togo, Mali and Ghana. Twin four-year-old girls were also among the rescued.

After leaving the northeastern town of Dirkou, the smugglers transporting the migrants “spotted military vehicles on the road up ahead and feared the authorities had spotted them and their migrant cargo,” the statement said.

“Rather than risk arrest, the migrants explained, their four drivers abandoned their passengers, after first taking all their belongings.”

The rescue operation carried out by the IOM’s Search and Rescue (SAR) team in collaboration with the General Directorate for Civil Protection in Niger and support from the EU, took place in the Sahara Desert, “where temperatures frequently surpass 38° Celsius […] and where hundreds of migrants are believed to have perished from dehydration, vehicle accidents and assault in recent years.”

“We were stranded for three days without food or water. We searched for water, but all we found were dirty wells used by livestock. So, we were not able to drink at all,” the IOM quoted one of the rescued migrants as saying.

Many of the migrants were found “dehydrated, injured and in need of immediate medical assistance,” according to the statement.

“After receiving water, food and medical care, the migrants were transported to a COVID-19 confinement site in Dirkou where they will undergo a 14-day quarantine period.”

So far in 2020 only, some 404 migrants have been aided through SAR operations in both Agadez and Dirkou.

“It is impossible to know how many migrants have died attempting to cross the Sahara. Many bodies are buried during sandstorms, never to be found again,” Barbara Rijks, the IOM’s mission chief in Niger, was quoted as saying in the statement.