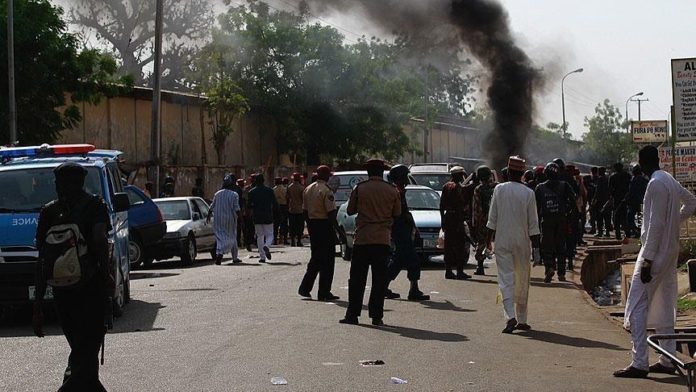 The Nigerien government has declared a three-day national mourning starting Tuesday to pay tribute to the victims of attacks on two villages near the Malian border over the weekend.

“A three-day national mourning has been decreed from Tuesday, January 05, 2021,” government spokesperson Abdourahamane Zakaria said in a statement late Monday.

“The flags will be half-masted throughout the territory,” he added.

The official delegation visiting the scene confirmed that 100 people, 70 in Tchombangou and 30 in Zaroumadareye, lost their lives in the attacks. Hundreds of survivors fled the scene on foot.

Local sources said 25 wounded were evacuated to Niamey and Ouallam for treatment.

Last month, at least 28 people were killed and hundreds more wounded in an attack, later claimed by the Boko Haram terrorist group, in Niger’s southeastern Diffa region, according to the UN.

The Tillaberi region, where the recently attacked villages are located, has been frequently targeted by terrorist groups based in Mali since 2017, with a state of emergency declared in the area.

Niger, Burkina Faso, and Mali in the Sahel are at the epicenter of one of the world’s fastest-growing displacement and protection crises.

The region is already hosting 851,000 refugees and nearly 2 million displaced people, according to the UN Refugee Agency.