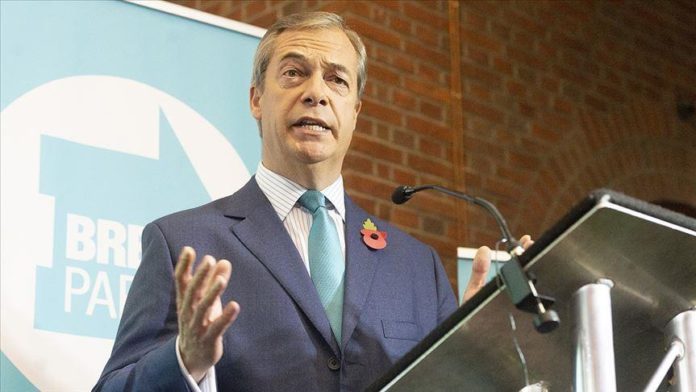 Nigel Farage, the UK’s most outspoken Eurosceptic, announced that he is stepping down from frontline party politics, having achieved what he says is his “life’s work.”

He was previously the long-time leader of the anti-EU UK Independence Party, more commonly known by its acronym UKIP.

Farage played a leading role in bringing about, and winning, the 2016 Brexit referendum that saw the UK vote to leave the EU.

His political career has lasted almost 30 years, and been a controversial one owing to his outspoken views not only on the EU but immigration also. He tried and failed to be elected as an MP seven times.

“We’ve done it. We’ve achieved it. And for me, I feel my political career in the sense of actively leading a political party … I think now’s the moment for me to say look, I have done it,” he said in a video posted to Twitter.

He added, however: “I’m not retiring – oh no! There’s lots of other things I want to fight for.”

These included campaigning against the influence of the Chinese Communist Party, as well as what he termed the “woke agenda.” He said he intended to use his social media platform to sway the debate on these topics.

“I’m not going away. I’m going to continue to fight and battle for change,” he said.

On Brexit, he said it was not “perfect.”

“The final outcome has cut off Northern Ireland from the rest of the UK and treated our fisherman terribly, but we are out and there is no going back,” Farage said. “At the end of the day, it really was worth it.”