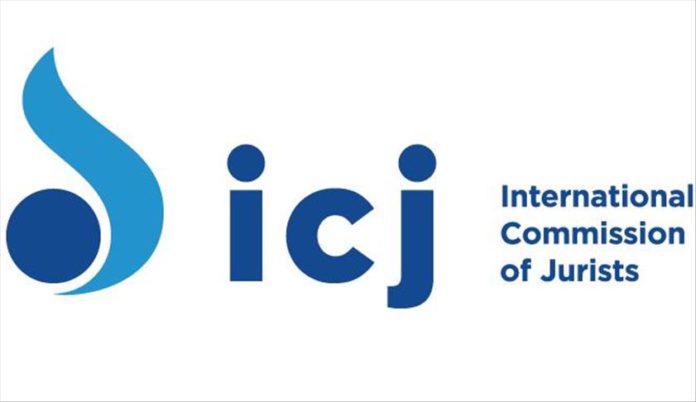 The International Commission of Jurists (ICJ) released a report that said some of the most delicate challenges that the justice system in Colombia has is to guarantee the rights of the victims of both crimes.

“Colombia: Forced Disappearance and Extrajudicial Executions. Baseline the study, August 2020” said Colombia has multiple norms and institutions that address the problem without clear coordination, which makes it difficult to determine responsibilities of each entity within the state in the face of the phenomenon.

Legal advisor to the ICJ for Latin America, Rocio Quintero Martinez explained that The Search Unit for Missing Persons (UBPD), created in a peace agreement in November 2016 with the government and the Revolutionary Armed Forced of Colombia (FARC), must lead the tasks related to forced disappearance.

“The UBPD is dedicated exclusively to searching for missing persons. Although it cannot bear the full burden, it is important that the other entities recognize the leadership of this organization and allow for a unified search strategy,” Quintero, who is also the report’s writer, told Anadolu Agency.

For the ICJ, the division of tasks and lack of centrality in the search for people in Colombia have generated inconsistencies that are noted, for example, in the definition of people who are considered victims and in the figures for missing persons.

“This facilitates the creation of asymmetric situations among the victims, by not allowing them to receive the same treatment from the authorities, despite being in similar circumstances,” the NGO said.

The ICJ recommended that resources from the state be expanded to search for people and indicated that at least 25,000 bodies are found in unidentified cemeteries.

Regarding the analysis of crimes of extrajudicial executions in Colombia, locally called false positives, the ICJ requested that all cases be investigated and not only those that occurred under the government of former President Alvaro Uribe.

“It is necessary to have a better understanding of the phenomenon of extrajudicial executions and to recognize that all cases must be investigated and prosecuted, not only that of civilians who were presented as members of illegal groups killed in combat” mentioned the report.

The ICJ also expresses the possibility that the victims of extrajudicial executions perceive impunity in ongoing investigations in the Colombia’s Special Jurisdiction for Peace (JEP), a court that emerged from the 2016 agreement.

Colombia and FARC reached a peace deal in November 2016, ending more than 50 years of conflict between the two sides.

According to Quintero, this is due to the fact that in several extrajudicial executions that are being investigated in the JEP, the alleged perpetrator is released before a trial due to benefits that are granted in exchange for the truth.

“We want to make a call to the JEP and tell it that, if things are not done well, the system model could cause the victims to perceive impunity. It is important that the JEP monitor the people who are at liberty and that it is effectively guaranteed that those investigated will collaborate with the rights of the victims,” said Quintero.

The ICJ report also mentions that access to criminal proceedings and participation in investigations is one of the needs that victims of extrajudicial executions and forced disappearance have in Colombia so that their rights are guaranteed.

The ICJ report also mentioned that access to criminal proceedings and participation in investigations is one of the needs of victims in Colombia, of extrajudicial executions and forced disappearance, so that their rights are guaranteed.

For the Commission, in addition, the existence of three regimes for the attribution of criminal responsibility: one ordinary and the transitional Justice and Peace regimes — created by law in 2005 due to the demobilization of paramilitary groups, and the Comprehensive System of Truth, Justice, Reparation, and Non-Repetition, derived from the 2016 peace agreement), must not become an obstacle for victims to access an effective remedy of justice.

Quintero Martinez explained that with the report, the ICJ tried to present the panorama of the legal framework to deal with both crimes, which have been considered as part of the Colombian conflict from its origins.

In conclusion, the adviser considered that Colombia has a good legal framework that in theory is sufficient to protect victims, guarantee reparation and those responsible are brought to justice, “although in practice that does not happen.”

“It is important not to fall into the error of thinking that as there is a norm, the victims are met because the norms are only the first, step to guarantee rights,” said the researcher.

The NGO highlighted that the Office of the United Nations High Commissioner for Human Rights (OHCHR) in Colombia estimated there are 5,000 potential victims of extrajudicial executions from 2002 to 2010.

When quantifying the number of forced disappearances, the NGO said the National Center for Historical Memory (CNMH) has information on at least 82,998 cases.

The number of victims is higher than the one calculated by the CNMH, according to a recent letter signed by 217 relatives of the disappeared in which it said during the Colombian conflict around 120,000 people suffered disappearance that is still present in the country.

The family members affirmed that in 2019 there were 93 new disappearances in Colombia and since the signing of the peace deal, every four days a new case related to the conflict and armed violence has been documented, according to data from the International Committee of the Red Cross (ICRC).

*Juan Felipe Vélez from Bogota contributed to this report