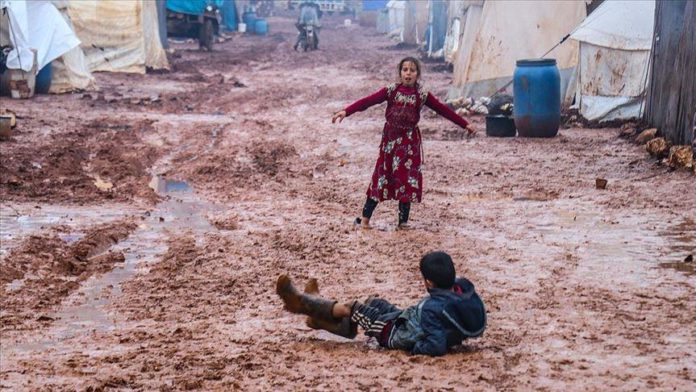 The two NGOs, Sahil Ozgurluk Sandali (Coastal Freedom Boat) and Tebessum (Smile) associations, have sent 300 tons of heating fuel and aid to Syrians living in the tents in Idlib.

The two associations have also taken on the monthly medication expenses of 100 families.

Syria has been ravaged by a civil war since early 2011 when the Bashar al-Assad regime cracked down on pro-democracy protesters.

The Idlib de-escalation zone was forged under an agreement between Turkiye and Russia. The area has been the subject of multiple cease-fire agreements, which have been frequently violated by the Assad regime and its allies.

The situation for the people in Idlib worsened when the Assad regime, backed by Russia and Iran, launched an offensive on the province, causing large-scale displacement.

Living in overcrowded tent camps or out in the open in safe areas, many are struggling to meet even their basic needs.

Nigeria to get 80M vaccine doses in 2021: Official