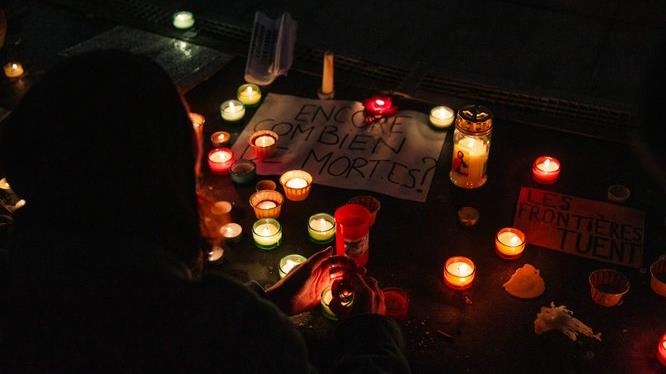 A French association working for the welfare of refugees has lodged a legal complaint against British and French authorities for “manslaughter” and “failure to provide assistance” in the case of a shipwreck tragedy that claimed 27 lives in the English Channel.

Utopia 56 filed a complaint Monday with the Paris tribunal against Philippe Dutrieux, the maritime prefect of the Channel and the North Sea, Marc Bonnafous, director of the Regional Operational Center for Maritime Surveillance and Rescue (CROSS) in the Cape of Gris Nez in northern France, and Britain’s Claire Hughes, director of Her Majesty’s Coastguards.

In a statement, the association said the complaint was based on the testimonies of the two survivors and relatives of the deceased who confirmed several distress calls were made by the migrants in their inflatable boat to the French and English rescue services, who failed to respond in a timely manner.

An investigation by France’s National Jurisdiction Against Organized Crime established these call records before the bodies were discovered by a fishing boat.

“No help was given to them immediately. The calls went unanswered,” the statement said.

On Nov. 24, at least 27 bodies were found floating in freezing temperatures off the coast of northern France after the inflatable dinghy they were using to cross illegally to reach the UK capsized in the English Channel. Among the deceased were 16 Iraqi Kurds, one Iranian Kurd, three Ethiopians, one Somali, four Afghans and one Egyptian.

Utopia 56 said that a few days before the calamity, its team received a voice message from a migrant in one of the boats crossing the Channel complaining about the official rescue services trading responsibilities over assistance.

“For example, if I call 999, they say call France, and when we call France, they tell us to contact the United Kingdom. Both are laughing at us.”

The association hopes the complaint with the Paris judiciary will shed light on the exact circumstances of this shipwreck and bring out the “transparency and truth” that are due to the victims and their families so that such tragedies do not occur in the future.

It lamented that while France has launched an investigation focusing primarily on the role of smugglers organizing the illegal crossings, British authorities have closed the case.