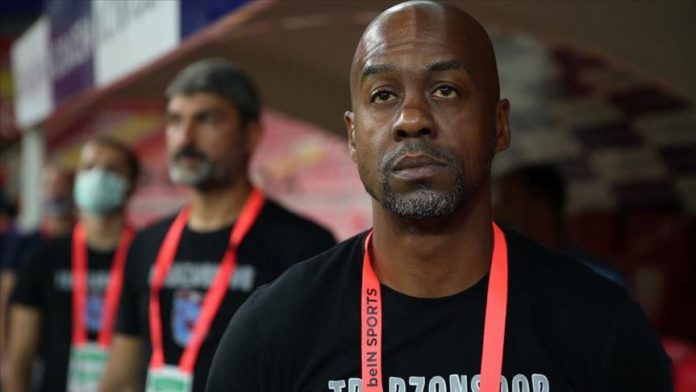 After finishing second in the Turkish Super Lig’s 2019-2020 season, a hungry Trabzonspor aims to lift the league trophy this season to snap a nearly 40-year title drought.

Hiring a foreign manager, Eddie Newton, as their new head coach was one of the important steps taken by the club to be in the title race for the 2020-2021 season.

Newton was named an assistant manager of Trabzonspor in February 2020 as a member of the staff for the long term after working for English clubs the Milton Keynes Dons, West Bromwich Albion and Chelsea.

But he has more responsibility in the Black Sea club as he will work in the No. 1 position for the first time in his career.

Trabzonspor’s decision to hire Newton as its new manager was unexpected by many, but some experts say he has the potential to be successful in his first head coach experience.

Speaking to Anadolu Agency, Mike McGrath, who works as a football reporter at The Daily Telegraph, expected that Newton would continue his career in the Premier League rather than working in Turkey.

”When he moved to Turkey, it was a surprise, as he has such a long association with Chelsea and it looked like he would stay there for a long time. I did not expect him to get a manager’s job so quickly, as the assistant manager’s job looked like he was getting experience before becoming a manager in a year or so,” he said.

McGrath believes the 48-year-old will be successful in Turkey despite some differences in football between the two countries.

”I do believe he will be successful. While football is different to the UK, the principles of coaching and man-managing players are the same. Working at Chelsea will have made him used to face continental opposition. This season will see many games in quick succession in Turkey as there was no relegation and an extra team. He is very familiar with playing games in quick succession in the Premier League.”

Working with the best

During his assistant manager career, Newton worked with some prominent managers who represent a different type of football such as Roberto Di Matteo, Guus Hiddink and Frank Lampard.

”He has worked under some of the best managers and he has won the Champions League as assistant manager, and I think these experiences will help him. Like many young coaches, he would pick the best bits that he sees from other managers and use them himself,” McGrath said.

The English manager picked up his first trophy at the Turkish side on July 29 as a caretaker manager when Trabzonspor won the Turkish Cup by beating Aytemiz Alanyaspor 2-0 in the final at Istanbul’s Ataturk Olympic Stadium.

Newton is a former player who played as a midfielder for Chelsea in 186 matches and scored a goal against Middlesbrough in the 1997 FA Cup final when the Blues won the trophy with a 2-0 score.