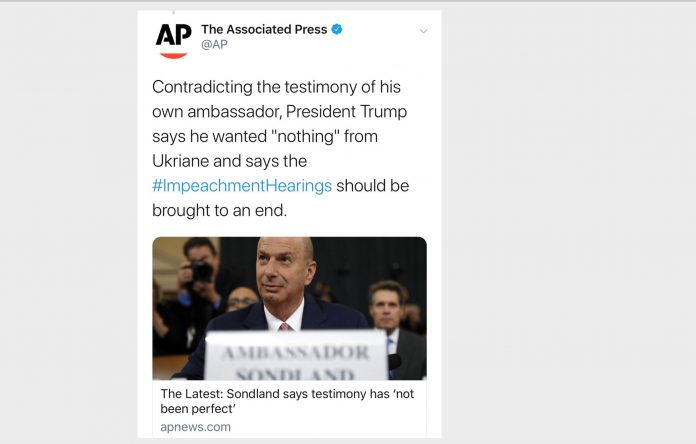 An official from U.S. president’s re-election campaign has slammed the Associated Press’ now-deleted tweet on the impeachment process, saying it is “egregiously wrong”.

“Contradicting the testimony of his own ambassador, President [Donald] Trump says he wanted ‘nothing’ from Ukraine and says the #ImpeachmentHearings should be brought to an end,” the AP’s tweet read.

“This tweet from @AP is egregiously wrong. In fact it’s about the opposite of true,” Tim Murtaugh, communications director for Trump’s 2020 re-election campaign, said Wednesday on Twitter, and added: “[U.S. Ambassador to EU Gordon] Sondland testified that POTUS told him: ‘I want nothing. I