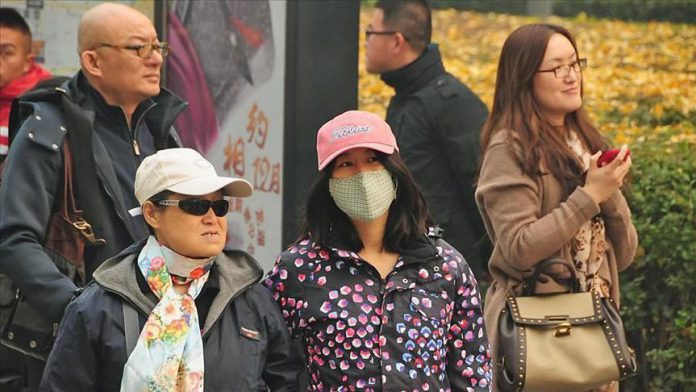 A newly-discovered virus has claimed a second life in less than a month since it emerged in eastern China, local media reported.

Health officials in China’s Wuhan province confirmed late Thursday night that a 69-year-old man had died after contracting the coronavirus a day earlier, according to a report by the daily South China Morning Post.

China on Saturday confirmed the first death from a new virus that broke out in central China.

The second deceased had shown symptoms on Dec. 21 last year before being admitted to Wuhan Medical Treatment Center. His condition deteriorated on Jan. 4 and died last Wednesday.

According to diagnoses by the Wuhan Municipal Health Commission, 41 people now suffer from pneumonia caused by the coronavirus.

A total of 739 close contacts, 419 of which are medical staff, have been placed under medical observation with no related cases yet found.

Besides China, Japan and Thailand have also reported three cases of the virus.

The World Health Organization (WHO) says Chinese authorities believe a new coronavirus — the family of the deadly SARS (Severe Acute Respiratory Syndrome) and MERS (Middle East Respiratory Syndrome) viruses — may be the cause of the mysterious pneumonia cases in the city, the monthly Scientific American magazine reported.

“Coronaviruses are a large family of viruses that range from the common cold to SARS. Some cause less-severe disease, some more severe. Some transmit easily from person to person, while others don’t,” according to WHO.