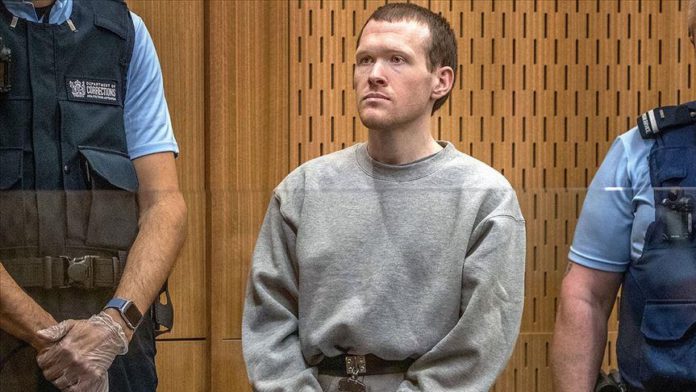 Evidence given by ministers and public sector chief executives in the Christchurch terror attack probe will not be released for the next 30 years, authorities in New Zealand have declared.

An interview of the Australian-born terrorist Brenton Tarrant, who has been jailed for life, “will never be released out of concern it could inspire and assist further attacks,” daily New Zealand Herald reported on Saturday.

He was sentenced to life in prison this year in August without the possibility of parole, in the first such ruling ever handed down in the country.

Jan Tinetti, New Zealand’s internal affairs minister, received the inquiry report on Thursday and it will be publicly released on Dec. 8, after first being shared with victims’ families and political party leaders, the newspaper reported.

“Evidence given by ministers and public sector bosses to the Royal Commission of Inquiry into the Christchurch terrorist attack will be suppressed for 30 years,” the daily said.

The report includes “any failings by police, spies, and other government agencies in the leadup and aftermath to the mosque shootings.”

They said full publication of the evidence could provide a “how-to manual for future terrorists,” adding that those concerns would likely have “dissipated” in 30 years.

The commission was scheduled to present its report by Nov. 26 “so the government can reassure the New Zealand public, including its Muslim communities, that all appropriate measures are being taken to keep people safe.”

2 killed as vessel owned by Israeli tycoon's firm attacked in...