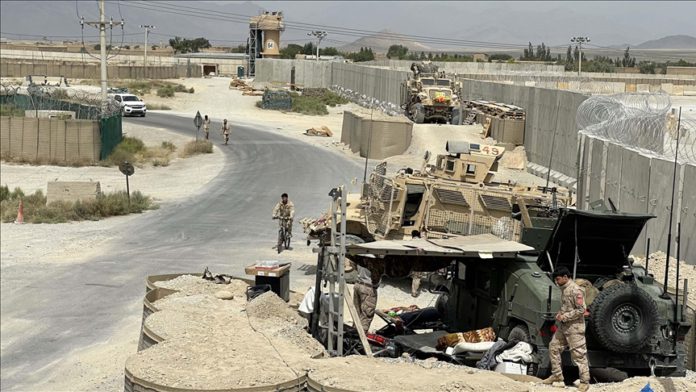 New Zealand’s defense minister on Tuesday said they are watching the situation in Afghanistan closely as clashes between Afghan forces and the Taliban have flared up amid the ongoing withdrawal of foreign troops.

“We’ve just pulled our troops out of there and we will continue to make sure that we have an eye on what is going on there, but any decision for us to take action would be made by the Cabinet,” the state-run Radio New Zealand quoted Peeni Henare as saying.

He added that he has spoken to other countries about the situation. “It came up recently at our ASEAN (Association of Southeast Asian Nations) defense ministers meeting, a number of countries raised it,” he said.

Gerry Brownlee, the foreign affairs spokesperson for the opposition National Party, said the situation in Afghanistan is “extremely disappointing.”

He defended the government decision’s to pull out all its troops from Afghanistan earlier this year.

In the wake of the troops’ withdrawal, the Taliban are on a nationwide offensive, overrunning several districts, while Afghan forces also claim killing insurgents in counter-terrorism operations on daily basis.

Last week, US troops left Bagram, an airbase north of Kabul. The US and its allies arrived in the country in 2001, in the wake of the 9/11 attacks.

Prime Minister Jacinda Ardern had said in February that after 20 years of a New Zealand Defense Force presence in Afghanistan, it was time to conclude the deployment. At peak, New Zealand had 3,500 personnel in Afghanistan.

Foreign Minister Nanaia Mahuta had said that New Zealand will continue to be supportive of the Afghan government and its people “in the years to come.”