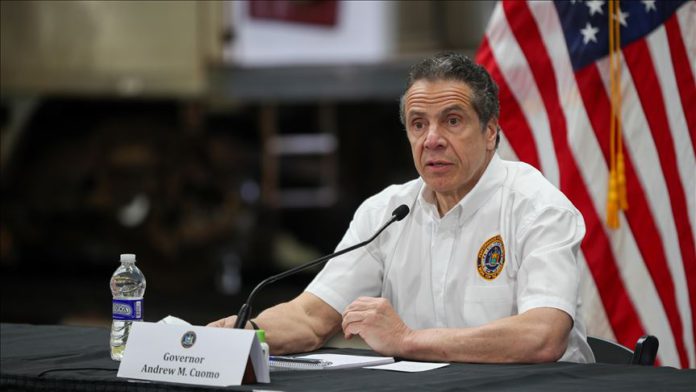 New York Governor Andrew Cuomo on Thursday urged demonstrators joining protests over the death of George Floyd to get tested for the novel coronavirus.

Speaking at his daily press briefing, Cuomo said around 30,000 people have taken part in the statewide protests demanding justice for the killing of the unarmed black man in police custody.

“These are big numbers,” said Cuomo, adding the protesters “have a civic duty” to get tested for the virus.

“Be responsible, get a test,” said the governor.

The protests saw protestors and police coming face to face and skipping social distancing guidelines as COVID-19 continues to take more lives across the US.

As of Thursday, the outbreak has killed more than 108,000 people in the US and infected more than 1.8 million others, according to a running tally by Johns Hopkins University.

Floyd, 46, died on May 25 after since-fired Minneapolis police officer Derek Chauvin pinned his neck to the ground for nearly nine minutes, despite Floyd’s repeated pleas that he could not breathe.

Chauvin was taken into custody last Friday when authorities announced an initial set of charges that were upgraded on Wednesday. He will now face second-degree murder charges.

Three other officers at the scene when Floyd was arrested for allegedly using a $20 counterfeit bill at a store — Tou Thao, J. Alexander Kueng and Thomas Lane — were charged with aiding and abetting murder in the second degree, a felony offense.