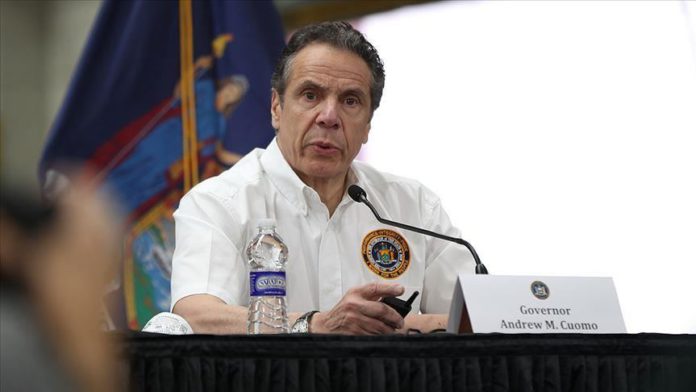 “The NYPD and the mayor did not do their job last night,” Cuomo said during his daily news conference. “It was a disgrace.”

Cuomo said de Blasio “underestimates the scope of the problem,” as well as its “duration,” and said the New York City mayor has not used sufficient numbers of the city’s 38,000-member police force “to address the situation.”

“It’s inarguable that it was not addressed last night,” he said.

De Blasio placed the city under an earlier curfew Tuesday after widespread looting erupted with store-fronts smashed in and merchandise stolen by looters in many of the city’s neighborhoods. The curfew will go into effect at 8 p.m. and last until 5 a.m. Eastern Time (0900GMT) Wednesday.

The National Guard has yet to be deployed to New York City, Cuomo said, because de Blasio rejected the governor’s offer to send the force.

Cuomo tempered his comments by saying he does not think “we are at that point,” saying if he had to take that action it would be “such a chaotic situation in the midst of an already-chaotic situation I don’t think that makes any sense.”