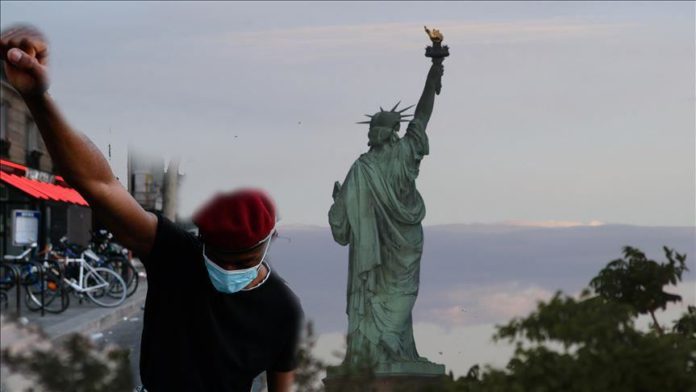 De Blasio said the city will also paint roadways to honor the movement as the US grapples with protests centered on police brutality against the black community.

“A proposal put on the table was to name streets in each borough and to paint the words on the streets of this city. In each borough, at a crucial location,” said the mayor, adding the first location will be near City Hall.

“What will be clear … is that message that now this city must fully, fully deeply feel and this nation must as well, that Black Lives Matter,” said de Blasio.

The street runs to Lafayette Park adjacent to the White House complex.

Protests are in response to police brutality that have continued for two weeks nationwide following the death of George Floyd, a black man who died late last month after a white Minneapolis, Minnesota police officer pinned his neck to the ground for nearly nine minutes during an arrest.