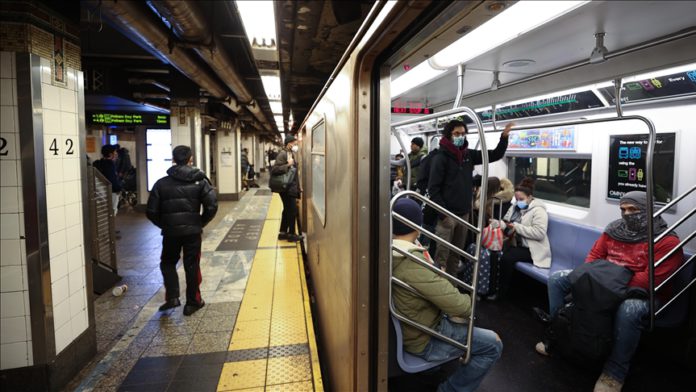 “We’re going to ensure that fear is not New York’s reality,” said Adams at a news conference on Friday.

Adams, who is a former New York City transit police officer, announced the plan, which will remove homeless and mentally ill people from the subway system.

The response comes after a deadly incident last month in which a homeless man with a history of mental illness pushed a woman to her death in front of a subway train.

Just this Thursday, a homeless man stabbed a passenger in an unprovoked attack.

The safety initiative is a joint measure between NYC and the state of New York.

It prioritizes the New York City Police department to immediately enforce the subway rules to make sure the system is being used for transportation, not for housing, loitering, or harassment of passengers.

It also requires passengers to leave the subway trains and the station at the end of the line to prevent people from sleeping there.

Officers will be looking out for key signs, which include aggressive behavior, as well as passengers sleeping across multiple seats and creating an unsanitary environment.

Just as important, the new plan will create dozens of inter-agency teams to work with police to guide and persuade the homeless and mentally ill to drop-in centers, where they can receive the proper treatment and resources they need.

“It’s imperative that we have the right response that has the combination of being humane but clear,” said Adams.