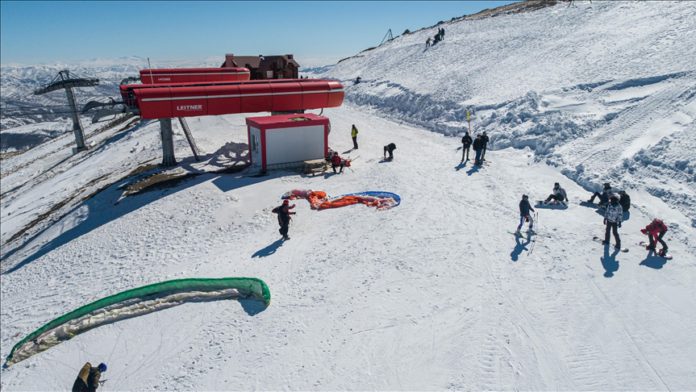 Among its main attractions are ski runs of some 12 kilometers (around 7.5 miles), an ice park, bungalows, and camping facilities.

Frequented by domestic tourists over past years, the facility is now seeing an ever-growing interest from winter sports enthusiasts from around the world, according to Mustafa Altun, the center’s manager.

“In the initial years, we mostly hosted local tourists from neighboring provinces and other areas of Turkey. This year, though, there has been a surge in bookings by travelers from abroad,” he told Anadolu Agency.

For Altun, the center’s attractive facilities and its appealing packages have been key to its success.

“Apart from our seven ski runs, we have a hotel with 220 rooms and various other social facilities that give our guests an array of entertainment options,” he said.

Expansion is on the cards, he added, with plans to build some 200 more bungalows and keep the center open throughout the year.

Three football fields will also be set up for teams to use as pre-season training venues, Altun said.