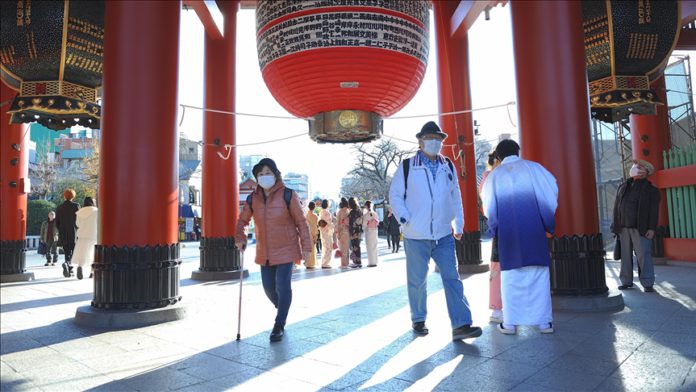 Japan on Monday suspended new entries of non-resident foreign nationals from “most of the world” as a precaution against a new variant of the coronavirus.

The country has already reported eight cases of the new strain of the virus which was first reported in the UK.

Ban on entry into the country by non-resident foreign nationals will continue until the end of January, NHK News reported.

Scientific analysis has shown the new strain of the infection spreads 70% faster than the earlier one.

Prime Minister Suga Yoshihide said the new measure on travel of foreigners was “a proactive measure to protect the people of Japan.”

Urging people to spend a quiet New Year’s holiday, Suga asked people “to be sure to do such things as wash their hands and wear masks.”

Under new conditions, Japanese citizens and foreigners with Japanese resident permits returning from the countries where the new variant has been detected are asked to submit a negative virus test result within 72 hours of departure and also undergo a test upon arrival as of Wednesday through the end of January.

At least 20 countries have reported the new virus strain.

However, Japanese authorities said the new rules do not apply to those ten Asian nations with which Tokyo has agreed to a special scheme to ease travel restrictions. China, South Korea are among those nations.

US says Iraq must do more to protect its forces