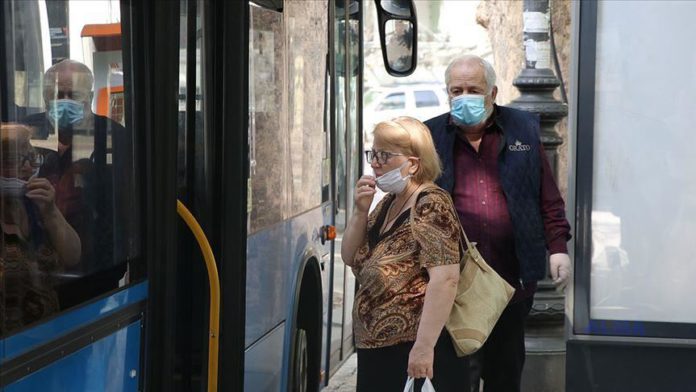 Coronavirus is not done with Eurasia as cases and virus-linked deaths are still rising. Health authorities in the continental area announced new numbers on Sunday:

Eight people also died, raising the death tally to 1,002. As many as 16,509 patients have recovered.

The country extended the implementation of quarantine measures until July 31 amid the rise in numbers. Although the adaptive quarantine allows for restrictions to be eased in certain regions, measures may be enhanced in affected regions.

A total of 10,802 patients are still under treatment, while 9,002 have recovered. The landlocked country has conducted nearly 96,000 tests thus far.

Nikol Pashinyan, the country’s prime minister, had tested positive for the virus on June 1.

The death toll stood at 118, with nearly 11,000 people having recovered. The country has conducted over 1.2 million tests.

The government earlier this week tightened lockdown measures, including the closure of all shops except for supermarkets and pharmacies, as well restriction of public transport activities in major cities.

Two people died in the last 24 hours, taking the virus-linked fatality count to 37. A total of 575 people, meanwhile, are still under hospital treatment.

Restricting public transport and inter-city travel on weekends is under discussion.

In Uzbekistan, 97 more people contracted the virus, raising the tally to 6,216, including 19 deaths and 4,290 recoveries.

The Central Asian country has carried out 850,000 coronavirus tests so far.

It allowed resumption of domestic tourism and football games earlier this month.

The former Soviet republic had locked down all its provinces, and closed non-essential businesses in March.

Georgia reported eight new cases of the virus, bringing the case count to 909, including 14 virus-related deaths and 755 recoveries.

Over 8.8 million infections have been reported in 188 countries and regions since the virus emerged in China last December, according to US-based Johns Hopkins University.

The US, Brazil, Russia and India are among the worst-hit countries.

The pandemic has claimed over 464,700 lives worldwide, while recoveries are now over 4.37 million.