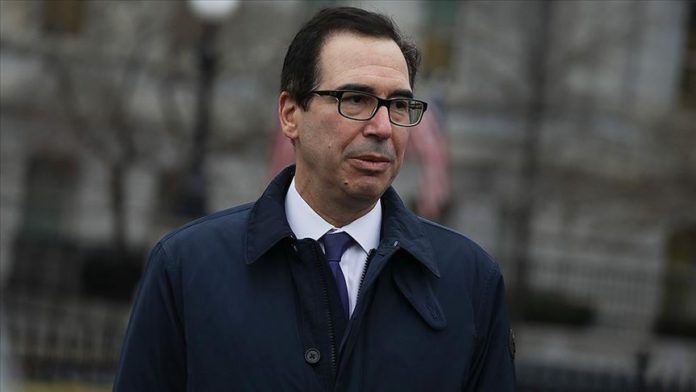 US Treasury Secretary Steven Mnuchin said Thursday that stalled talks between Republicans and Democrats on a new economic relief bill because of the coronavirus would restart.

Mnuchin said he talked to US House of Representatives Speaker Nancy Pelosi more than 15 times in recent days and the two agreed to restart bipartisan negotiations.

In his testimony before the US Senate Committee on Banking, Housing and Urban Affairs, Mnuchin was pressured by committee members to persuade fellow Republicans to begin a new round of talks.

Mnuchin said business loans and stronger support for unemployment could be priorities for Congress in making adjustments to a bill.

The latest bill has been at a deadlock as Democrats demand a comprehensive plan worth $3 trillion, which passed the Democrat-controlled House in May. Republicans countered with a $1 trillion bill in July that never came to a vote, and recently lowered the amount to $500 billion.

The Federal Reserve Chair Jerome Powell, who was sitting beside Mnuchin, warned that the absence of congressional support for the relief bill would risk economic recovery.

“While the economy has been doing better than expected, there is downside risk … [which is] coming if some form of support does not continue,” he said.

Powell highlighted the fact that half of the 22 million people who lost jobs in March and April have regained employment, and he said they contributed to the US economic recovery through spending, which was a result of government assistance.

He urged more support for spending through the Paycheck Protection Program, which provided loans to businesses to guarantee employees eight weeks of pay.

Powell stressed, however, that if Congress fails to provide another relief bill, the world’s largest economy would face slower recovery from the downturn caused by the pandemic.