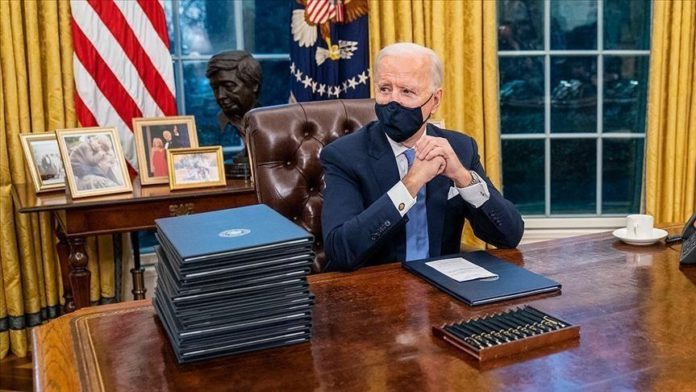 Colombia’s long-standing strategic cooperation with the US will continue under US President Joe Biden’s administration, Colombian experts said.

Colombia is one of the largest economic powers in Latin America and has close economic and political relations with Washington, which have further strengthened after a free trade agreement signed in 2012 between the two nations.

However, Colombian President Ivan Duque has been known to have good relations with former US President Donald Trump, which raises the question of whether ties between the two countries will change due to political divergence.

Freddy Orlando Santamaria Velasco, the coordinator of Political Studies at Pontificia Bolivarian University, told Anadolu Agency that regardless of who takes the presidency in the US, Colombia is only interested in what direction the course of relations will proceed.

“For Colombia, the relationship and cooperation with the United States are essential and strategic. Beyond the ideological differences between the governments of Colombia and the United States, the northern country is its most important strategic and commercial partner. This relationship is not in doubt or question,” Santamaria said. “Colombia, throughout the last governments, has strengthened these alliances.”

Although Biden is a Democratic, the relations between two nations “have been and will surely continue to be fluid and framed within the political pragmatism,” he said.

“The United States should continue to have a partner in the southern hemisphere, and that is Colombia,” he added.

Asked about his expectations about what would be Biden’s agenda on the Latin American country, Santamaria underlined that there would be two topics: human rights and a peace agreement with the Revolutionary Armed Forces of Colombia, or FARC.

Biden is ‘a fuzzy hope’

Mauricio Montoya Vasquez, a professor, and researcher on Latin American issues in the same university emphasized that Colombia’s relations with the US were “very good” under the former Democratic presidents, referring to Bill Clinton and Barack Obama’s administrations.

In those eras Colombia received support from Washington to strengthen and modernize its army, Montaya said.

“Although there is hope, or at least that is what is breathed in the environment, this hope is because Biden arrives to replace Trump who generated so much fear and discontent in Latin America. That is, hope is not for Biden as such, but because he came to replace Trump,” he said.

Saying that he believes Colombia’s relationship with Biden is going to be “very similar” to how it used to be, Montoya added: “Colombia will not want to lose the support of Americans, in economic terms.”

The expert also said that he expects Democrats to put “great “pressure on Colombia “if the violation of human rights continues, such as the murder of social leaders, massacres, corruption.”

Calling Biden “a fuzzy hope,” Montoya said that “in principle, relations will not change much.”

*Beyza Binnur Donmez from Ankara contributed to the story.