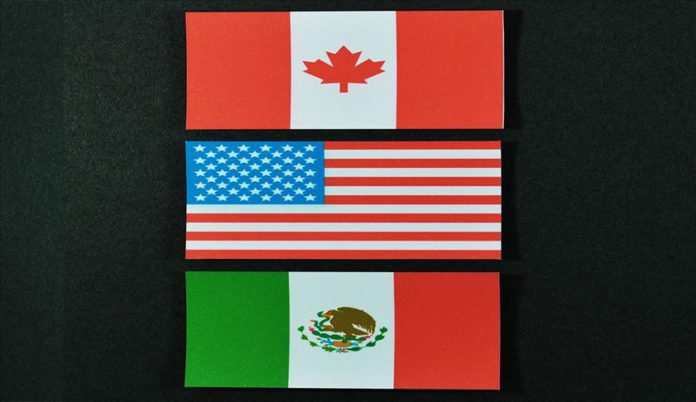 A new trade pact between Canada, the US and Mexico worth more than $1.5 trillion took effect Wednesday.

The CUSMA, as Canada calls it but referred to as the USMCA in the US, replaces the North American Free Trade Agreement (NAFTA) signed in 1994. At that time it created the largest free trade deal in the world.

It was renegotiated at the insistence of US President Donald Trump, who felt Washington was not getting a fair deal under NAFTA.

It took three years of talks before all parties were satisfied and signed the deal.

“With trade between NAFTA members valued at nearly US$1.5 trillion in 2018, we can’t overstate how vital it is to maintain free and fair trade between our three counties,” Prime Minister Justin Trudeau said earlier this week.

US Secretary of State Mike Pompeo welcomed the kickoff, calling the agreement “a new engine for growth in the 21st century that will keep North America the most economically competitive region in the world.”

Pompeo thanked all sides and underlined the USMCA will help the region to get back on its feet “faster and stronger,” amid coronavirus pandemic.

The pact makes changes in several sectors, including automotive, environmental and dairy.

Changes to car manufacturing includes calling for more North American content such as steel used to make vehicles. That could push the cost of vehicles higher, warned experts.

In dairy, American farmers have been given some access to the quota-and price-regulated Canadian egg, dairy and chicken markets. It is unlikely to reduce prices in Canada but should offer a wider range of products in supermarkets.

All three countries agreed to a stronger commitment to climate protections and in Canada, that means more muscle in protections of endangered species and the ozone layer.

Under the new deal, the three countries will review terms of the pact within the first six years, although the agreement is for 16.

The three will have the option of opting out of the new pact with six months’ notice given to partners.

Canadians are eager to buy a much wider array of American products than is available in Canada and will get a break because online purchases under CAN$150 ($110) will now be imported duty free. Formerly, it was CAN$20 ($15).