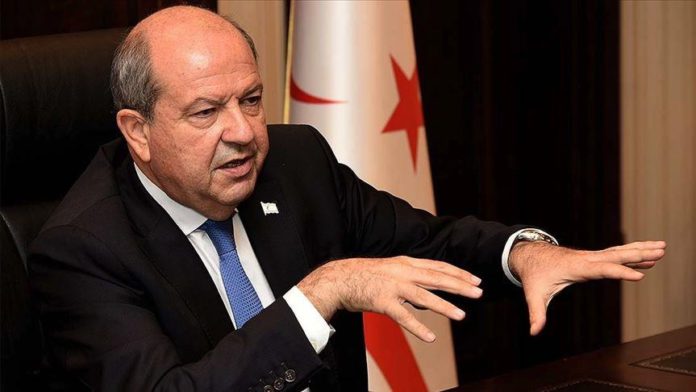 The Turkish Republic of Northern Cyprus (TRNC) has ruled out negotiations over the island resuming where they left off three years ago, the country’s president said Tuesday.

After meeting with Jane Holl Lute, the UN Cyprus envoy, Ersin Tatar said that a new era has begun on Cyprus, as 52 years of talks on a federal solution came to nothing, something well known by UN Secretary-General Antonio Guterres.

Thus, any negotiation on the island must be between two states which have sovereign equality, Tatar added.

He said that they explained to Lute the reasons for holding an informal 5 + 1 format meeting under UN auspices with the participation of the guarantor countries — as proposed by Turkey — saying that this would give an opportunity to express the new realities of Cyprus and lay the groundwork for possible new negotiations.

“The Turkish Cypriot people are one of the two nations living on the island,” he said. They have “sovereignty rights from historical treaties and the chance to live in peace, tranquility, and security in these lands.”

“We explained in detail to her [Lute] that a process should begin in order to create an environment where the other side [Greek side] would not dominate and where we could exercise our right to self-determination,” he added.

He said that despite the goodwill of the Turkish Cypriot people in negotiation processes since 1974, including over the 2004 Annan plan and at Crans Montana in 2017, negotiations using a similar framework are unlikely to succeed, so the people of Turkish Cyprus deserve to start a new process.

He underlined that Turkish Cypriot youth cannot participate in international sports competitions due to embargoes, and economic, political and cultural embargoes prevent the country’s development, and even direct flights to the TRNC are not allowed, adding that the main victim of this is the Turkish Cypriot people.

Turkey to share its homegrown COVID-19 vaccine Turkovac with all of...