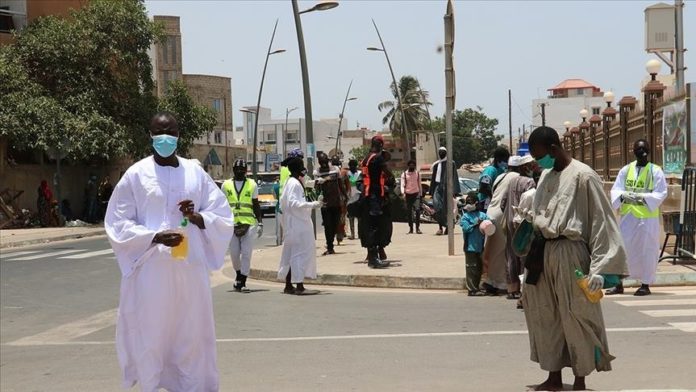 The director-general of Nigeria Centre for Disease Control (NCDC) said the new strain of coronavirus recorded in the UK has not been reported in Nigeria, according to local media Friday.

“We haven’t found the UK strain but it is not something we have been looking for … To find that, you have to do sequencing and our focus has not been on sequencing. We did some sequencing in the past but we haven’t found that,” local news website The Guardian quoted Chikwe Iheakwazu as saying in a briefing on COVID-19 in the Nigerian capital Abuja Thursday .

He also said viruses by their very nature mutate, adding they did not rule out that the new strain found in the UK might be circulating in Nigeria, according to The Guardian.

“Is it possible that they are circulating? Yes. This is because there are a lot of travels between the UK and Nigeria,” he noted.

He pointed out that the NCDC is doing more sequencing now to figure out the issue.

“Over the last few days, we have monitored reports of the virus mutating in the UK, South Africa and some other countries, but it is important to establish some facts about what we know, what we do not know and what we are willing to learn over the next few years,” Iheakwazu was also quoted as saying.

He also urged the Nigerian states to reopen their testing centres, as the NCDC alone could not conduct all tests for the virus received from other states, according to the report.

“On testing, there is light at the end of the tunnel … We have made a significant procurement that is coming in January and through that, we are taking testing closer to the people and away from the laboratories,” he said.

Since the virus was first reported in March, the Nigerian health authorities have confirmed 1,242 COVID-19-related deaths, 81,963 infections, and 69,651 recoveries in 36 states and the Federal Capital Territory, according to figures released by the NCDC.

As the country has been witnessing a second wave of the pandemic, a spike in the number of infections has been seen in Nigeria, Africa’s most populous nation, leaving six fatalities and 1,041 infections on Thursday only, according to the NCDC’s recent update.