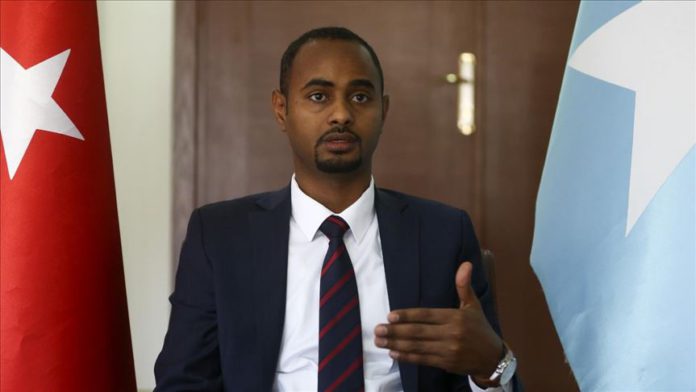 Nur holds a bachelor’s degree in international relations from Ankara University, and has also worked as a diplomat at the Somali embassy in Turkey.

Besides knowing Somali and English, he is fluent in Turkish as well.

In a tweet, he thanked President Mohamed Abdullahi Farmaajo and the premier for “choosing him to lead the Ministry of Justice and serve the people of Somalia.”

The former senior adviser to the speaker of the lower house of parliament is active in joint Somali-Turkish initiatives, and promotes the bilateral relationship, especially on social media.

In April, he donated a month’s worth of his salary to a fundraising campaign launched by Turkish President Recep Tayyip Erdogan in the fight against coronavirus.

Turkey, under the ruling AK Party government, has reached out to many African countries, supporting them in health and education sectors, among others.

The new Somali Cabinet was formed after intense consultations with academics, intellectuals and dignitaries.

Roble gave priority to youth and women in the council that consists of a deputy prime minister, 26 ministers, 26 deputy ministers and 17 state ministers.

He will have a brief mandate, as the Horn of African country’s presidential and parliamentary elections are looming.